December 11 2018
1
Washington sanctions policy in relation to other states (it is already called the First World Trade War), it can hurt the United States itself. Especially considering the difficulties that China is creating for American energy. 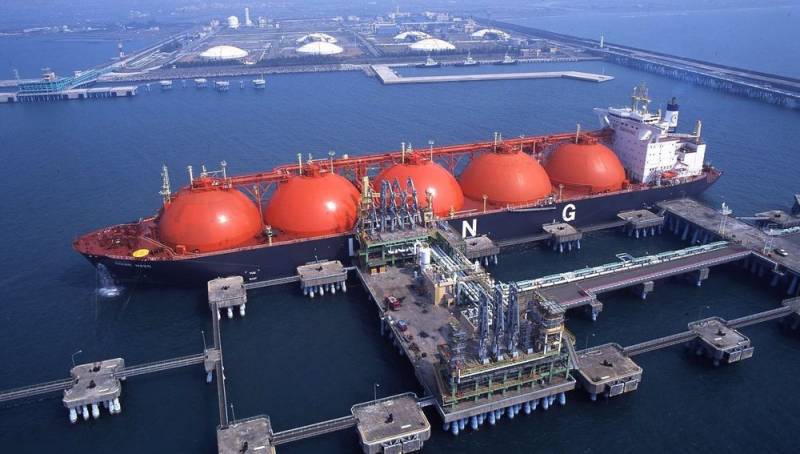 Beijing is currently threatening President Donald Trump’s plans to turn the United States into a net exporter of hydrocarbons. It is reported by Fox Business, citing a report from the agency HIS Markit.

According to the report, the last decade economy The US has developed thanks to the energy sector. It is noted that since 2008, thanks to the development of technologies, US gas production increased by 60%. This, in turn, made it possible to substantially reduce the trade deficit in the industry that existed before (the excess of imports over exports) by more than 75%. To the US economy, this brought about $ 250 billion annually.

And such dynamics completely satisfied Donald Trump. Moreover, the transformation of the United States into a net exporter of hydrocarbons could be achieved by the beginning of the next decade, i.e. in a few years.

However, the unleashed trade war with other countries, the introduction of protective duties, sanctions and other actions, led to the fact that American gas and oil companies were left without cheap pipes, and metallurgists without cheap raw materials for their manufacture. After all, pipes need to be made of something, they do not appear from the air. The pipes transport oil and gas. They are needed constantly and in large quantities.

As a result, in the spring of 2018, the export of American liquefied natural gas (LNG), including to China, sharply decreased. From January to April, 14 tankers from the United States went there, and in May - June - only one.

So it is not surprising that Beijing began to look for alternative suppliers. And in the summer of 2018, the first batch of Russian LNG arrived from China from the Yamal-LNG plant (Novatek company).

In addition, due to concerns that future products will be unclaimed, foreign investors (in particular, Australian) began to abandon investments in US gas projects that had previously been approved. And this is a real concern for analysts.

It should be noted that in early December 2018, the American media disseminated information that Beijing and Washington were close to a truce in a trade war. The parties are preparing to conclude a specific agreement under which China will buy more beans and LNG from the United States. And if such an agreement is signed, then it can contribute to the resumption of previously frozen projects for the extraction and liquefaction of natural gas in the United States. How it will be in reality, we will soon find out that it is not long to wait.
Ctrl Enter
Noticed oshЫbku Highlight text and press. Ctrl + Enter
We are
Putin behind Trump concludes alliances dangerous for the USA
What difficulties may Lukoil face in Mexico
Reporterin Yandex News
Read Reporterin Google News
Ad
We are open to cooperation with authors in the news and analytical departments. A prerequisite is the ability to quickly analyze the text and check the facts, to write concisely and interestingly on political and economic topics. We offer flexible working hours and regular payments. Please send your responses with examples of work to [email protected]
1 comment
Information
Dear reader, to leave comments on the publication, you must sign in.