December 11 2018
2
"Touching care" about the budgets of Russia and Venezuela decided to show the US Secretary of State Mike Pompeo. His sharp rejection caused Moscow’s decision to send two strategic Tu-160 missile carriers to Caracas. 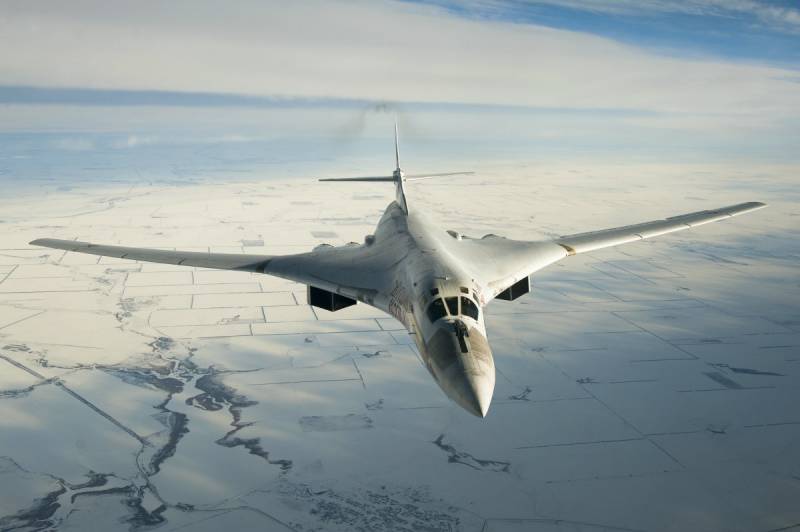 On his Twitter page, Pompeo wrote that sending aircraft to Venezuela is "squandering public funds." Moreover, he blames both countries - both Russia and Venezuela.

The US Secretary of State was particularly surprised at the fact that the Russian government sent missile carriers “halfway around the world”. He said that this was done in vain, and accused the leadership of both countries of corruption, and along with the lack of democracy.

The peoples of Russia and Venezuela should consider it this way: two corrupt governments squander state funds and suppress freedom while their citizens suffer
- Such a statement was made by the head of American diplomacy.

When Washington imposes sanctions against Russia and Venezuela, package by package, American high-ranking officials have no sympathy for the peoples of these countries and no concern for their budget. But cooperation between Moscow and Caracas suddenly caused a stingy tear in Pompeo, who must have even had a heart ache from sympathy for suffering citizens.

And the reason for such "crocodile tears" is understandable. Earlier, Venezuelan President Nicolas Maduro has repeatedly stated that the United States is preparing a coup in his country. The last such statement was made by him on December 10. And these are not empty words, as the Venezuelan leader survived not only several attempts to overthrow, but also an attempt on his life.

Cooperation between Russia and Venezuela weakens US influence in Latin America and reduces the likelihood of a coup d'etat in Caracas. From that Pompeo regrets the supplies of the Russian military equipment to the Latin American state. How can one not feel sympathy for the peoples of foreign countries!

Both the State Duma and the Federation Council of the Russian Federation reminded the US Secretary of State how much money Washington spends on its own adventures. First Deputy Head of the Duma Committee on Defense Alexander Sherin drew attention to American military bases located in many parts of the world, and Senator Alexander Pushkov pointed out the US spending on wars in Syria and Afghanistan.
Ctrl Enter
Noticed oshЫbku Highlight text and press. Ctrl + Enter
We are
The British and Norwegian Air Force climbed to intercept the Russian Tu-160
Washington: supply of S-300 to Syria will repeat the tragedy with IL-20
Reporterin Yandex News
Read Reporterin Google News
Ad
We are open to cooperation with authors in the news and analytical departments. A prerequisite is the ability to quickly analyze the text and check the facts, to write concisely and interestingly on political and economic topics. We offer flexible working hours and regular payments. Please send your responses with examples of work to [email protected]
2 comments
Information
Dear reader, to leave comments on the publication, you must sign in.