Talks about the Kuril Islands: what Putin and Abe talked about 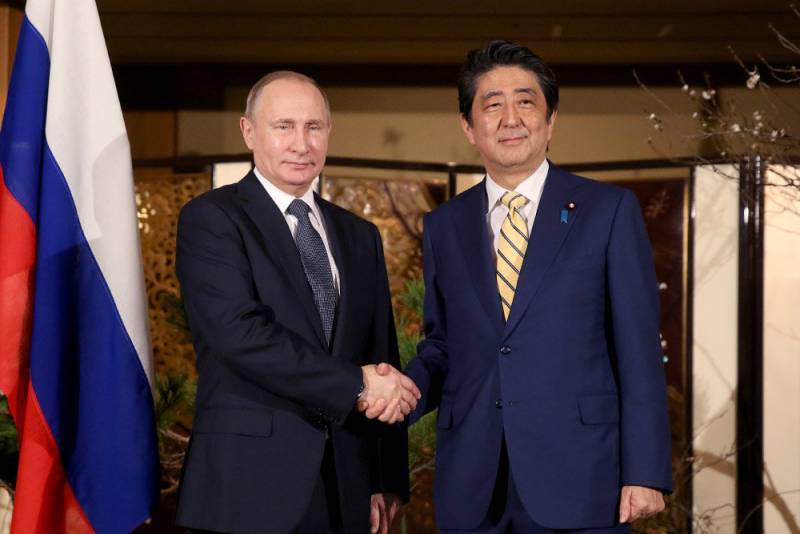 According to him, only topics related to the joint activities of Russia and Japan on these islands in the field of economics.

As for the periodically discussed rumors about what will happen next with the Kuril Islands, I can tell you that, on a duty, he participated in a series of negotiations between Putin and Abe. No issue of transferring islands has ever been discussed there.
- stressed Trutnev. He added that Japan could more actively invest in the Kuril Islands.

It should be noted that recently, rumors about the possible transfer of two Kuril Islands to Japan - Shikotan and Habomai - are actively spreading in society. The reason for them was the negotiations of Russian President Vladimir Putin and Japanese Prime Minister Shinzo Abe. Tokyo has raised the issue of transferring the islands for several decades.

According to opinion polls, more than half of Russians (55%) strongly believe that not one of the Kuril Islands should be ceded to Japan and believe that the latter should abandon territorial claims against Russia.
Ctrl Enter
Noticed oshЫbku Highlight text and press. Ctrl + Enter
We are
Japanese Prime Minister: we need peace with Russia today, not tomorrow
The Kuril problem: Russia accepted the conditions of Japan?
Reporterin Yandex News
Read Reporterin Google News
Ad
We are open to cooperation with authors in the news and analytical departments. A prerequisite is the ability to quickly analyze the text and check the facts, to write concisely and interestingly on political and economic topics. We offer flexible working hours and regular payments. Please send your responses with examples of work to [email protected]
2 comments
Information
Dear reader, to leave comments on the publication, you must sign in.