Military equipment is being thrown over the Crimean bridge

December 9 2018
1
On December 8, 2018, Ukrainian media released a short video about how a military bridge was allegedly being thrown across the Crimean bridge technique to the peninsula from mainland Russia. The video, which caused a wide resonance, was first published on Twitter by the user under the nickname IgorGirkin. After that, real hysteria rose in anti-Russian publics. 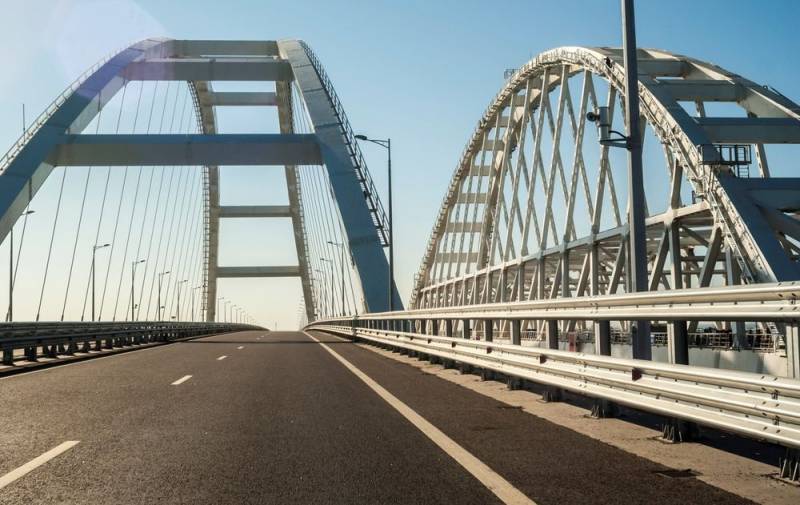 They considered that the transport of a small number of airborne combat vehicles (BMD) would certainly mean that Russia was preparing to attack Ukraine from the Crimea. There’s nowhere else, around the sea! Others wrote that sooner or later the bridge would not withstand such a load and would certainly collapse. Soon ice drift, so there was no long wait. Still others claimed that Russia built this bridge just for this purpose (in order to carry equipment). The fourth generally began to argue that this is not the Crimean bridge, but the Novosibirsk one. Fifths believe that "the brains win the war, not the tanks, but the Kremlin is unaware of this."


Local "patriots" were not shy in expressions and epithets, but all this clearly showed their absolute helplessness and mental limitation. And the more angry and frankly insulting attacks against Russia became, the more obvious it became. After all, none of them even has an idea about how the Crimean bridge is located. Not to mention the fact that the video clearly shows - the equipment is exported from the Crimea, and not imported!
Ctrl Enter
Noticed oshЫbku Highlight text and press. Ctrl + Enter
We are
Why did the Austrian colonel “admit” to working for Moscow
Who scares the Russians with a record weakening ruble?
Reporterin Yandex News
Read Reporterin Google News
Ad
We are open to cooperation with authors in the news and analytical departments. A prerequisite is the ability to quickly analyze the text and check the facts, to write concisely and interestingly on political and economic topics. We offer flexible working hours and regular payments. Please send your responses with examples of work to [email protected]
1 comment
Information
Dear reader, to leave comments on the publication, you must sign in.