Ukraine will send reservists to the border with Russia

December 3 2018
1
Petro Poroshenko announced the redeployment of military units of the Armed Forces on the border with Russia. Reservists will also be sent to the border zone. Recall that after the introduction of martial law in Ukraine, Poroshenko called on the "reserve" for military training. 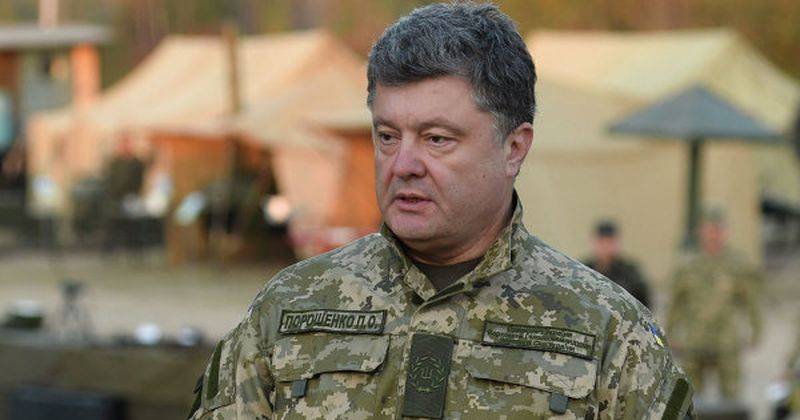 The Ministry of Defense of Ukraine even created a special Coordination Center in case of ground invasion of Russia. Ukrainian reservists are mobilized for service in ten border regions of the country where martial law was introduced.

First of all, the mobilization of reservists will affect the so-called "Operational reserve of the first stage." According to Poroshenko, there are about 160 thousand people in it - these are male Ukrainian citizens under the age of 40, who have military training and have experience in participating in hostilities. For participation in the training camp “operational reservists” will be paid from 3 to 5 thousand hryvnias - depending on the rank and military specialty (110 to 180 dollars).

Reserves planned to equip brigades and battalions of territorial defense. Of course, the combat effectiveness of such units and subunits raises big questions, but for the Ukrainian leadership the main thing now is to rattle with arms.
Ctrl Enter
Noticed oshЫbku Highlight text and press. Ctrl + Enter
We are
Russian men will not be allowed into Ukraine
Martial law in Ukraine: what awaits the Ukrainians?
Reporterin Yandex News
Read Reporterin Google News
Ad
We are open to cooperation with authors in the news and analytical departments. A prerequisite is the ability to quickly analyze the text and check the facts, to write concisely and interestingly on political and economic topics. We offer flexible working hours and regular payments. Please send your responses with examples of work to [email protected]
1 comment
Information
Dear reader, to leave comments on the publication, you must sign in.