November 29 2018
0
The statement by the Minister of Transport of Syria Ali Hamoud on the acquisition of Russian M-21 airliners, made by him in early November, received its logical continuation. 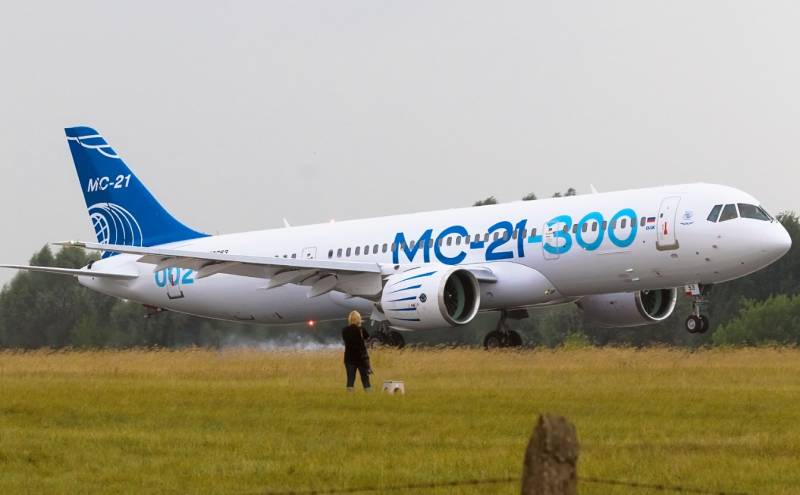 Director General of Syrian Air Syrian Air, Talal Abdulkarim, in an interview with Russian journalists, said that representatives of the airline are negotiating with the Russian side on the purchase of passenger aircraft MS-21.

Some time ago, we directly contacted the Russian side to discuss the purchase of MS-21 aircraft. Our company wants to be one of the first owners of an aircraft of this high-tech brand

According to the Director General, the Russian airliner satisfies all the requirements of the company for cars of this class.
Abdulkarim noted that updating the Syrian Air fleet will allow the company not only to replace cars on old routes, but also organize new ones.

Currently, the Syrian state-owned airline has six Airbus A320 airliners, one Airbus A340 and two ATR72.

At the same time, due to the sanctions imposed against Syria, Syrian Air has difficulty repairing and maintaining existing vehicles, which was another reason for the interest in the Russian MS-21 airliners.
Ctrl Enter
Noticed oshЫbku Highlight text and press. Ctrl + Enter
We are
Turkey moves troops to Syria to avoid “nightmare scenario”
Russian airliner MS-21: the first buyer became known
Reporterin Yandex News
Read Reporterin Google News
Information
Dear reader, to leave comments on the publication, you must sign in.