Trump admitted: Americans will remain in the Middle East because of Israel

November 28 2018
0
Whatever happens in the Middle East, the United States will always keep its military contingent there. 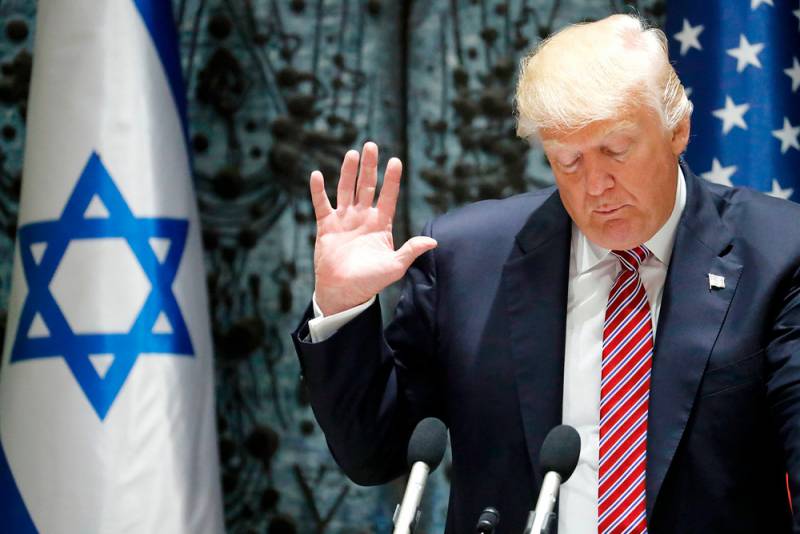 In an interview with a popular American publication The Washington Post, US President Donald Trump said that as oil production in the USA increases, it ceases to be a factor that determines the presence of American troops in the Middle East:

Oil is becoming less and less the cause (US troops in the Middle East) because we produce more oil than ever. You know, suddenly there comes a moment when you no longer need to stay there

However, right there, the head of the White House noted that there is another reason why US troops are in the region, and, most likely, will be there for a long time:

Why are we going to stay in that part of the world? One reason is Israel

It must be emphasized that speaking of Israel as the reason for the presence of the American contingent in the Middle East, Trump did not discover anything new.

The special relations between the USA and Israel have been known for a long time, and both sides, on occasion, willingly flaunt it.

It is enough to recall the story of the demonstrative transfer of the US embassy to Jerusalem, which caused an explosion of protest in Muslim countries.
Ctrl Enter
Noticed oshЫbku Highlight text and press. Ctrl + Enter
We are
Ten "defeats" of Putin
Where is Russia going?
Reporterin Yandex News
Read Reporterin Google News
Ad
We are open to cooperation with authors in the news and analytical departments. A prerequisite is the ability to quickly analyze the text and check the facts, to write concisely and interestingly on political and economic topics. We offer flexible working hours and regular payments. Please send your responses with examples of work to [email protected]
Information
Dear reader, to leave comments on the publication, you must sign in.