Trump about the conflict in the Kerch Strait: "We are working on it"

November 27, 2018
0
Leaving the White House, US President Donald Trump made a statement to reporters about the situation between Russia and Ukraine after the incident in the Kerch Strait. 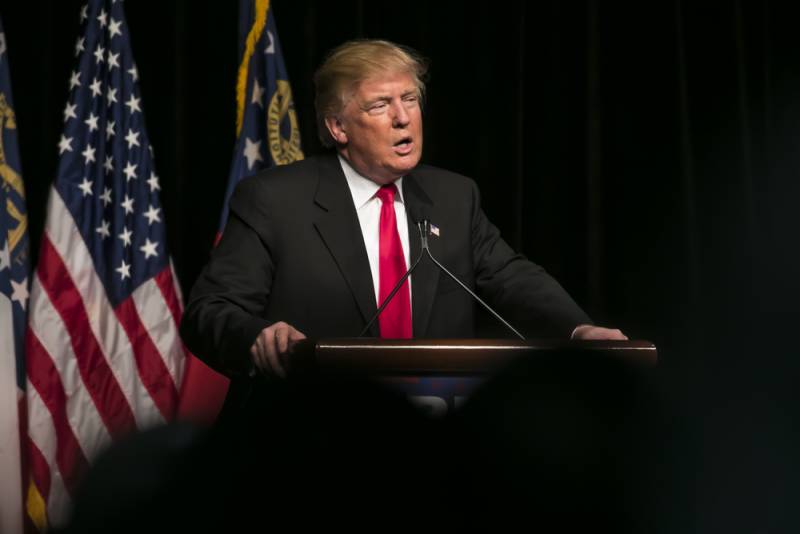 At the same time, Trump preferred to confine himself to general words: he “does not like” what happened, but he hopes that the situation will be resolved through joint efforts with the European allies

In Europe, too, not happy, they are also working on it. We are all working together on this.
- publishes the words of the American president TASS.

Despite Trump's seemingly neutral statement made in general terms, the United States has already taken a very definite position in this conflict, which is by no means in Russia's favor. Moreover, the position of Washington and its allies is not even aimed at establishing the truth. Thus, the United States, along with Britain and five other allies in the UN Security Council, blocked the discussion of this incident, on which Russia insisted. On this occasion, the Deputy Permanent Mission of the Russian Federation to the United Nations, Dmitry Polyansky, said that the Western states foiled the discussion, following Washington’s lead and submitting to the “herd instinct”.

Canada was openly hostile to Russia. The head of the foreign ministry of this country, Hristia Freeland, said that it was “Russia's aggression”. It requires the Russian Federation to return to Ukraine the ships detained for illegally crossing the state border. NATO Secretary General Jenss Stoltenberg expressed a similar view.