State Duma deputy: Masha and the bear are really our “soft power”

November 20 2018
0
With the appearance on political in the UK scene for such characters as Boris Johnson, Gavin Williamson and Teresa May, the degradation of the Mist Albion elite has become apparent. 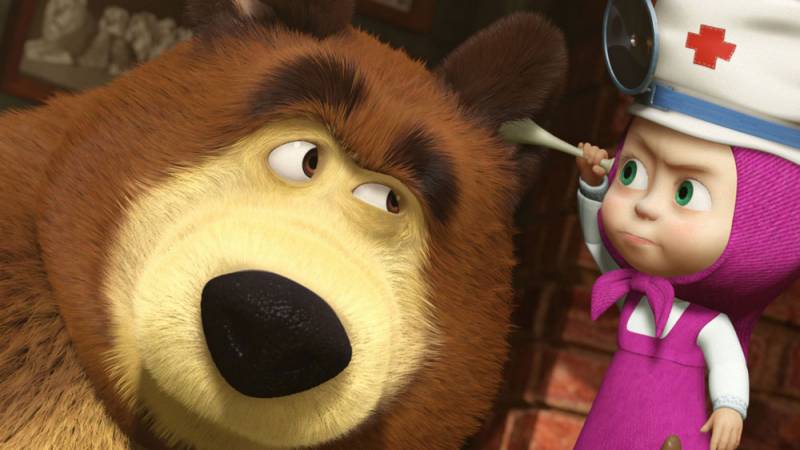 How can one be considered normal and mentally healthy as a person who, as an expert in an authoritative publication, claims that the Russian cartoon "Masha and the Bear" threatens national security and undermines the foundations of the United Kingdom?

However, today this is the case and Russian politicians are forced to respond to this absurdity. To their credit, they do it very correctly and do not fall to the level of their British colleagues.

The Chairman of the State Duma Committee on Culture Elena Yampolskaya thanked the Europeans for their interest in the Russian cartoon "Masha and the Bear."

Speaking at a meeting of the State Duma, Elena Alexandrovna said:

The other day we were pleased with British experts (apparently, soon it will become the same meme as "British scientists"), reporting that the Russian animated series "Masha and the Bear" poses a danger to the national security of the United Kingdom and undermines the foundations of security in the United Kingdom. How should we respond to this? I think thanks

It is difficult to disagree with the opinion of Yampolskaya. The cartoon "Masha and the Bear" is one of the most recognizable Russian "brands". The adventures of his heroes are watched with interest by 88% of Italian children and 50% of German, and about 4 million people are subscribed to the English-language channel of the cartoon.

The MP noted that the cartoon really can be called "soft power", while there is nothing to be ashamed of, since the British have their own "soft power", which is represented by Shakespeare, "The Beatles", "Queen", Mr. Bean and Bridget Jones.
Ctrl Enter
Noticed oshЫbku Highlight text and press. Ctrl + Enter
We are
"She behaves like Putin": Masha and Medved were accused of propaganda
"Mission accomplished": Theresa May reported on the fight against Russian spies
Reporterin Yandex News
Read Reporterin Google News
Ad
We are open to cooperation with authors in the news and analytical departments. A prerequisite is the ability to quickly analyze the text and check the facts, to write concisely and interestingly on political and economic topics. We offer flexible working hours and regular payments. Please send your responses with examples of work to [email protected]
Information
Dear reader, to leave comments on the publication, you must sign in.