Why can sausage rise in price in Russia?

November 19 2018
6
The expert council under the government of the Russian Federation continues to generate proposals that are not always perceived unambiguously. 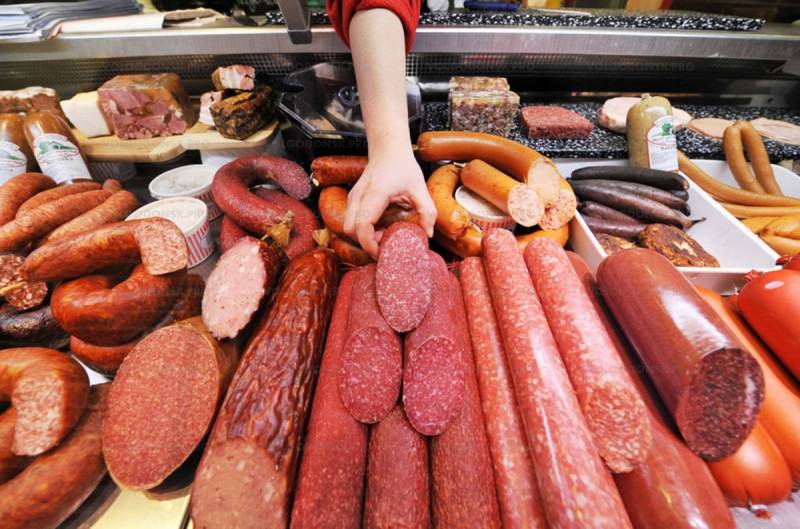 So, one of the last suggestions of the council, supported by the Ministry of Health, was the proposal to introduce a tax on processed products of red meat.

If the proposal is accepted, the cost of sausages in Russia will increase by 30%.

According to Russian media, the proposal of the expert council was made as part of the program "Strengthening public health", which is an integral part of the national project "Demography".

And, although a final decision has not yet been made, it is already known that, in general, the Ministry of Health supports the introduction of a new excise tax.

The expert council, putting forward its proposal, refers to studies by scientists from Oxford, according to which 2,4 million premature deaths occur in the world due to excessive consumption of red meat and offal from it.

However, if you fight for "strengthening public health," then why not start the expert advice with things that do more obvious harm - tobacco and alcohol, which are still on the shelves of Russian stores.

As for red meat and offal from it, why should we start with the introduction of an excise tax, which will lead to a rise in price, and not with an awareness-raising campaign with the population?

After all, they were able to force the cigarette manufacturer to post information and photographs about the dangers of smoking directly on packs, which prevents the obliging producers of meat and sausages to post the same information on their products.

There is doubt and objectivity in the results of research by "scientists from Oxford." In the history of Russia in the 90s there was already a period when it tried to live, guided by the advice and prompts of the West. The consequences of this country are reaping to this day.
Ctrl Enter
Noticed oshЫbku Highlight text and press. Ctrl + Enter
We are
Is Russia waiting for a “soda tax”?
Medvedev threatens oil workers with duties
Reporterin Yandex News
Read Reporterin Google News
6 comments
Information
Dear reader, to leave comments on the publication, you must sign in.