Why SpaceX refused a reusable second stage for the Falcon-9 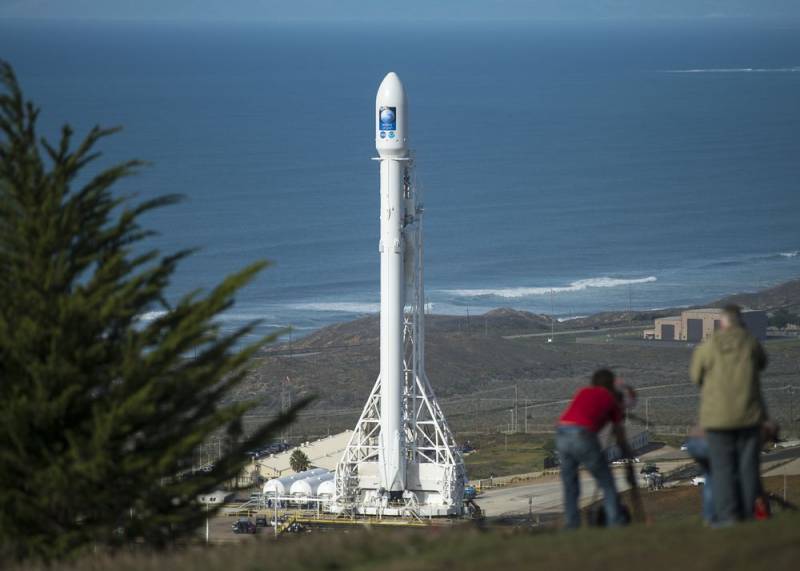 And so, on November 17, 2018, the head of the company, Ilon Musk, announced that SpaceX was refusing further work on upgrading the second stage of the Falcon 9 for its reuse. He wrote about this on his Twitter, as you can see for yourself. 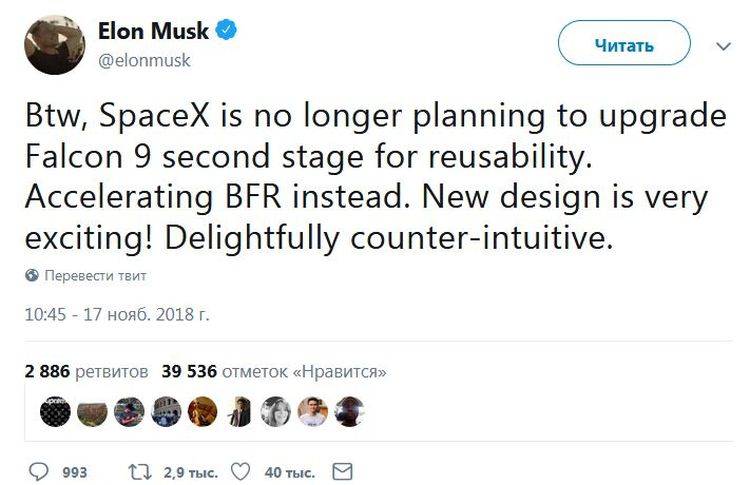 Musk explained what was happening in his eccentric manner. He loves to intrigue the public. Although, to put it simply, the company has simply changed priorities. SpaceX will now focus on the development of the Big Falcon Rocket (BFR), a launch vehicle for the moon that is scheduled for 2023.

Over the past six months, Musk has repeatedly reported to the public about the "titanic" work that the company is doing to make the second step back. This was supposed to further reduce the final cost of launches.

But Musk is not an engineer, he specializes in advertising management more. And his public admiration for the impressive new design has undergone "radical changes", accompanied by the words "charming" and "paradoxically" speak of this. Although, to a greater extent, all his enthusiasm is due to the fact that, according to his own preliminary estimates, more than $ 5 billion will be needed to develop the BFR. And, as you probably already guessed, he takes out the money not from his own pocket.
Ctrl Enter
Noticed oshЫbku Highlight text and press. Ctrl + Enter
We are
The accident of the "Union": the cause is established
The moon will wait: the launch of the Federation spaceship is delayed
Reporterin Yandex News
Read Reporterin Google News
Ad
We are open to cooperation with authors in the news and analytical departments. A prerequisite is the ability to quickly analyze the text and check the facts, to write concisely and interestingly on political and economic topics. We offer flexible working hours and regular payments. Please send your responses with examples of work to [email protected]
Information
Dear reader, to leave comments on the publication, you must sign in.