It will not be easy to take Kaliningrad from Russia

November 17 2018
9
In Lithuania, strange ideas concerning Kaliningrad are increasingly being heard. Like, this city is part of a kind of "little Lithuania." Is it time to “revise its status”? No matter how absurd such thoughts sound, they have adherents inside Kaliningrad and the region. 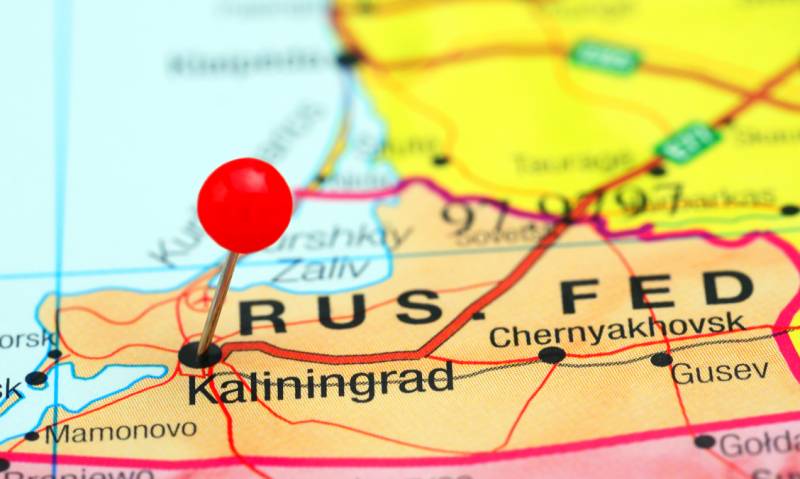 Representatives of some non-profit organizations are persistently looking for clues to prove: they say, at the Potsdam Conference, Koenigsberg was transferred to the jurisdiction of the Soviet Union for only fifty years. In 1995, these half a century expired, and it became necessary to raise the issue of the status of modern Kaliningrad. In particular, the Lithuanian publication Respublika wrote about this, publishing an article by pseudopolitologist Benas Volodzka. This figure is also the coordinator of the non-profit organization Klaipeda Forum. By the way, he calls Kaliningrad not even Konigsberg, but “Karalyauchus”. This word is translated as “Royal Mountain”, supposedly it means that the city once belonged to “Little Lithuania”. It is even written on road signs in this Baltic Republic.

According to Volodzka, Kaliningrad is currently a "militarized" city and poses a threat to Lithuania, and indeed to all of Europe. It turns out that other countries are also dreaming of connecting to such an exciting idea as revising the status of the Russian city in Vilnius.

If Volodzka’s material was the only one, he could be ignored. But in the Lithuanian press, publications on the Kaliningrad theme are increasingly appearing. For example, in May of this year, a Ukrainian activist living in Lithuania, Victoria Razgun, spoke in the Klaipeda publication. Accusing Russia of “expansionism,” she openly called on Western countries to demand the “liberation” of the Kaliningrad region. At the same time, Razgun referred to the same myth of "fifty years."

Even earlier, in 2014, an analyst of the so-called State Center for Eastern European Studies, now the deputy of the Lithuanian Sejm Laurinas Kashchunas also referred to the allegedly existing decision of the Potsdam conference on the transfer of Konigsberg to the USSR for 50 years. According to him, now Washington and London could raise this issue in the international arena, if they had enough political the will.

In fact, there are no documents talking about these “fifty years”. They exist only in the imagination of anti-Russian-minded Lithuanian figures.

On August 1, 1945, the Protocol of the Berlin Conference of the Three Great Powers was signed. The fifth paragraph refers to the proposal to transfer Koenigsberg to the Soviet Union:

But in fact no other conference took place. And soon after the end of World War II, the Cold War began. Thus, no mention is made of any deadlines for the transfer of Koenigsberg to Moscow.

Moreover, in 1990, after the unification of the German Democratic Republic and the Federal Republic of Germany, the German leadership signed an agreement with the USSR “On the final settlement with respect to Germany”. It says that Germany has no territorial claims against other countries and does not intend to put forward them in the future.

An absurd situation is emerging: Germany has no claims to Kaliningrad and the region, while Lithuania has. At least in the minds of some politicians and publicists.

In this regard, the Kaliningrad historian Vladimir Abramov drew attention to the fact that the claims of Lithuania are untenable:

The Lithuanian territory of Prussia has never been historically. This land was owned by the Prussians, the Teutonic Order, the Duke of Brandenburg in the status of vassal of the Commonwealth, the Kingdom of Prussia, the German Reich, USSR, Russia. That's just the Grand Duchy of Lithuania and the more so the Republic of Lithuania sample 1919-1939. not in this list as not

He also drew attention to the fact that in their attempts to review the status of Kaliningrad, Lithuanian figures “forget” about those territories of the former East Prussia that were transferred to Poland.

It would seem that all this noise about transferring Kaliningrad and the region to anyone is sheer absurdity. However, an indirect sign that they are trying to gradually push this idea into the public consciousness are attempts to raise the issue of renaming Kaliningrad to Koenigsberg. In particular, one of the figures promoting this idea is someone Alexander Orshulevich, who previously called himself the leader of the Baltic Avant-Garde of the Russian Resistance. This figure in 2016 visited Ukraine and participated in events organized by the Nazi corps "Azov". In addition, he visited Poland. After that, he launched a petition called “Return Kaliningrad the name Koenigsberg!”

Currently, Orshulevich (who considers himself a nationalist, a monarchist and, among other things, is accused of vandalism in relation to monuments) is in custody and together with three accomplices. They are accused of creating an extremist organization. Liberals consider them political prisoners and prisoners of conscience. However, the ideas of some forces to tear Kaliningrad from Russia under the beautiful slogans of “historical justice” or some other specious pretexts do not leave the brains of notorious Russophobes.
Ctrl Enter
Noticed oshЫbku Highlight text and press. Ctrl + Enter
We are
Russians have no habit of losing wars: What does the Munich agreement teach
Baltic States - Russia: Kaliningrad is our point!
Reporterin Yandex News
Read Reporterin Google News
Ad
We are open to cooperation with authors in the news and analytical departments. A prerequisite is the ability to quickly analyze the text and check the facts, to write concisely and interestingly on political and economic topics. We offer flexible working hours and regular payments. Please send your responses with examples of work to [email protected]
9 comments
Information
Dear reader, to leave comments on the publication, you must sign in.