The first flight of the Federation spaceship is again delayed

November 16 2018
1
Most recently, we informed readers in detail why the launch of the reusable manned spacecraft Federation, scheduled for 2021, was first postponed to 2022, and then to 2023, and like Roskosmos under the leadership of Dmitry Rogozin, Appeared a serious competitor within Russia. But now the difficulties, the state corporation, only increased. 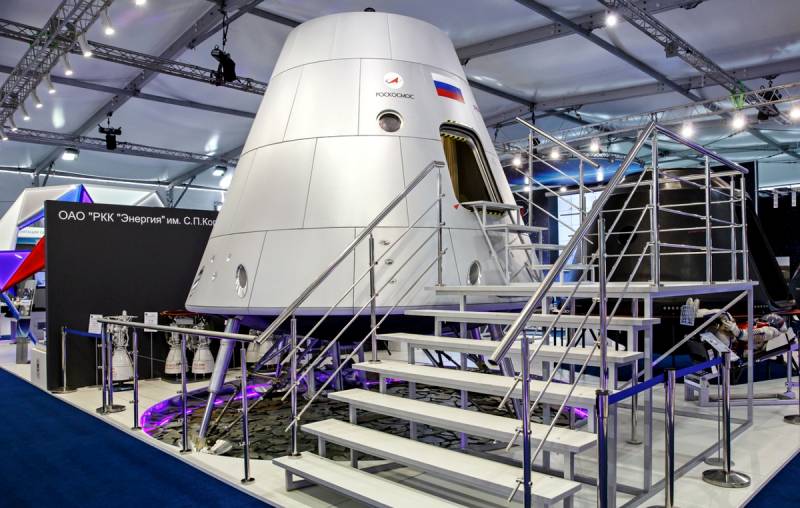 And now, from the bowels of the RSC Energia named after Korolev’s report that the first launch of the reusable “Federation”, which should replace the Soyuz disposable manned spacecraft (not to be confused with the same launch vehicles) and Progress automatic cargo ships, can be postponed to 2024. This was told by Sergey Romanov, CEO of the developer.

It turns out that the state of the "Federation" does not allow sending it into orbit at the previously scheduled time. It is unrealistic to succeed by 2022, because you need to debug all the processes, complete the release of design documentation and prepare the production at the enterprise.

Romanov said that the "Federation" will have eight experimental facilities, and all of them must first be verified by conducting tests. And you don’t need to forget about the production cycle. Since the normal release of some products takes some time. He stated that without experimental testing there could be no talk of any manned launch. No one will risk people.

It should be reminded that the Molniya NGO (Kalashnikov concern) is engaged in thermal protection of the “Federation” and best practices the Soviet orbital reusable ship Buran will not be wasted. At the same time, the Technodinamika holding is developing the parachute system for the Federation and in the summer of 2018 a set of tests was to begin (28 discharges, including with the full-size layout of the Federation), and the transfer to Roskosmos should take place in 2020.


However, there is already talk at Roskosmos about the appropriateness of postponing the launch of the Federation for an even longer term. Tentatively for 2026 - 2027 years.
Ctrl Enter
Noticed oshЫbku Highlight text and press. Ctrl + Enter
We are
Progress on the Soviet shuttle "Buran" will not be wasted
Roscosmos has another competitor. Inside Russia
Reporterin Yandex News
Read Reporterin Google News
Ad
We are open to cooperation with authors in the news and analytical departments. A prerequisite is the ability to quickly analyze the text and check the facts, to write concisely and interestingly on political and economic topics. We offer flexible working hours and regular payments. Please send your responses with examples of work to [email protected]
1 comment
Information
Dear reader, to leave comments on the publication, you must sign in.