November 15 2018
0
After the end of the Cold War, the process of normalizing relations between Russia and the rest of Europe began to gain momentum. Russia supplied raw materials to Europe, and in the opposite direction Technology. It even reached the construction of a network of gas transportation "flows" and talk about the appropriateness of NATO. 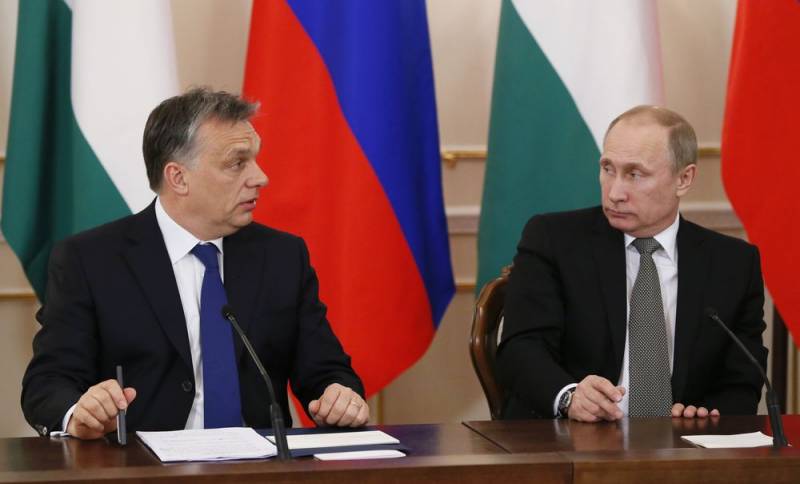 This process is watched with certain nervousness from London and Washington. Now they began to actively and openly try to interfere with this process. Of all kinds of “gaps”, the lured “moth” climbed in the form of various “experts”, and the information space of the continent began to fill up with waste of rare quality. And with one of their samples, we want to introduce you.

The “independent” online publication EUobserver published an article authored by a certain James Wilson, and this “composition”, it should be noted, turned out to be quite fascinating. This is the trend of the “grant-eaters”, so there is no doubt that other similar ones will follow in the footsteps of the author. And there is good reason to suspect that he ordered such “work” from the office of the famous “philanthropist” of all times and peoples, George Soros, who “loves” Hungary very much.

The author, as expected, according to the laws of the genre, goes from the general (global) to the particular. The essence of “globalism” boils down to the following: Russia purposefully creates hotbeds of instability along the borders of the European Union, playing on the contradictions of countries and elites. And now Moscow has a whole "network of allies."

But, excuse me, is it Moscow attacked Tskhinval in 2008, and in 2014 staged a bloody maidan in Kiev? Did Moscow dismember Yugoslavia and bomb the remains of this country with nuclear waste?

Therefore, the author’s arguments quickly ended, and he turned to the private. He accused Hungary, which is a member of the European Union and NATO, of an open pro-Russian position. At the same time specifying that European policy they don’t notice this “threat” on their eastern flank. Since it was Hungary, in his opinion, that became Russia's strategic goal.

It turns out that the desire of the Hungarians to receive uninterrupted gas and electricity has already been recognized as dangerous. Although the author is simply embarrassed to clarify that the Hungarians are tired of the Soros structures on their territory, and they squeeze them out.

Wilson notes with horror that the head of the Hungarian government, Viktor Orban, who holds conservative views, is shouldering the Italians and Czechs in favor of lifting the anti-Russian sanctions. He clarifies that the Russian special services are allegedly actively working with Hungarian organizations and even organize "military exercises" for members of these groups, involving the "Russian military attachés" as instructors.

After which the “writer” begins to be frankly nervous, although maybe the substances simply ended, under the influence of which he wrote this “masterpiece”. As he embarks on historical jungle, telling how once upon a time the Hungarian authorities actively fought against the USSR. He would still remember the Tatar-Mongol yoke!

And now, Viktor Orban, according to the author, not only seeks to weaken the unity of the European Union, but also actively tries to “unite” the territories that once belonged to Hungary. We are talking about Ukrainian Transcarpathia, where about 150 thousand ethnic Hungarians live, which make up less than 10% of the region’s population.

It is surprising why the author focused only on Ukraine? After all, the Hungarians do not hide their specific claims against Serbia, Romania, Slovakia, Croatia and even Austria. But the author is only concerned about Transcarpathia. Although it is clear here that they paid, it is described. 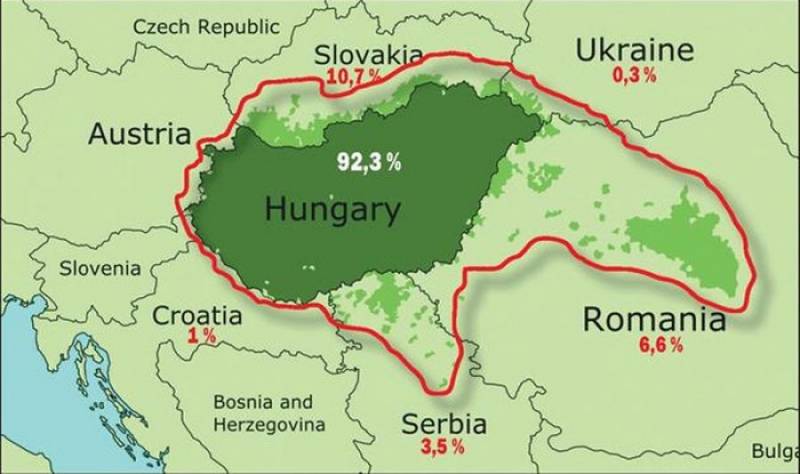 After that, Wilson comes to the conclusion that Moscow is sleeping and sees how the border conflict between Hungary and Ukraine is "lit up in Transcarpathia." And it is this conflict that will "directly threaten the stability of the European eastern flank."

So thanks to the author for the hint, now we’ll at least know on which next project the “patron” Soros will spend his money. He "invests" them in the conflict between Kiev and Budapest. But Hungary, in which he was born, saved his life when the Nazis searched for Jews throughout Europe. Now Soros decided to thank the Hungarians, as once, in 1999, Madeleine Albright, being the US Secretary of State, thanked the Serbs for such a thing.
Ctrl Enter
Noticed oshЫbku Highlight text and press. Ctrl + Enter
We are
Why did the Austrian colonel “admit” to working for Moscow
Does US threaten civil war
Reporterin Yandex News
Read Reporterin Google News
Information
Dear reader, to leave comments on the publication, you must sign in.