November 6 2018
0
Amazing details became known about the failure of the practically omnipotent US Central Intelligence Agency (CIA). Moreover, this is doubly offensive for the Americans, since the “comrades” from Iran and China defeated them, and their colleagues from the “Foggy Albion” took out the dirty linen in the house through The Daily Telegraph, savoring what happened. 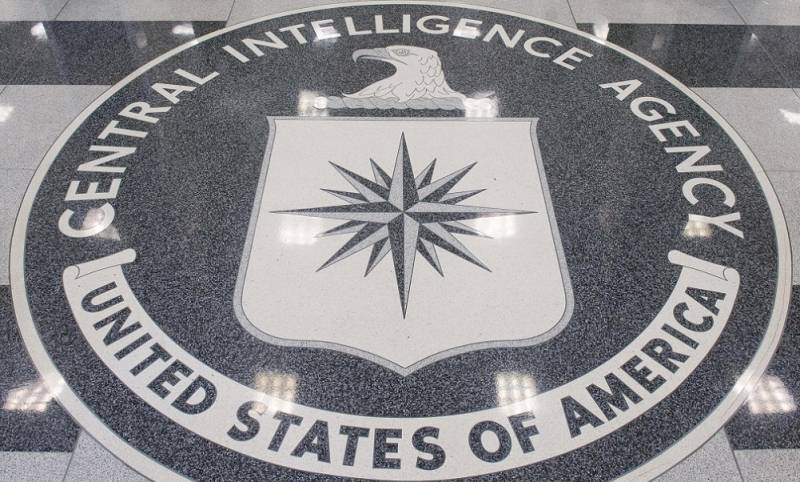 It turns out that between 2009 and 2013, the Iranians discovered the CIA platform, which the Americans used to communicate and communicate with agents. Moreover, the Iranians used the services of the American company Google. Thus, Tehran for some time received secret information directly from the first hands. It was a real "fly"! As a result, dozens of agents (spies) ceased their activities.

Moreover, Tehran shared information, perhaps not only out of compassion, with Beijing (it is not specified about Moscow, but we hope for the best). So American agents in the Middle Kingdom were also unlucky, and specifically. Since The Daily Telegraph uses, in relation to spies, the words "eliminated." But it can be interpreted in a broad sense and not necessarily literally. After all, “gentlemen” love to exaggerate, wishful thinking, and sometimes just indicate what they would do in such a case.

Although in China and Iran, indeed, after the court verdict, some spies could have been executed for treason. And do not politely conduct them to the airport, so that they fly away to meet with the curators. And wave goodbye in the footsteps of the ascending plane.

But, this is truly a catastrophic failure. And the rout of agents will still come round to the stronghold of global “democracy." After all, the Iranians were able to detect vulnerabilities in the system "US enemies abroad" and for several years followed what the guys working for the CIA are doing.

The whole problem is that there can be many of these vulnerabilities, and not only in the mentioned system, but in general. Moreover, Yahoo News confirms the disclosure of secret communication channels on the website, which officers and field agents around the world used to talk with each other. This is something like a corporate social network where guys with certain interests gathered. And sincerely sorry if Tehran was greedy and did not inform all relevant countries in a timely manner.

After all, this Internet platform specially created for communication and information transfer was used not only in the Middle East. It was used for communication by military personnel in hot spots, and it was not originally intended for widespread use. But, given the simplicity and effectiveness, it began to be widely used for the work of agents. Although the platform, according to the Americans themselves, was not yet reliable.

The Americans did not immediately realize that they were hacked primitively. For them, this became apparent only when the failures of agents became massive. In the media, and now you can find references to the ongoing trials in Iran.

The Chinese "comrades" went even further. They found another similar information network and neutralized several dozens of American agents. And the Americans can’t have any complaints either against Beijing or Tehran, because all the spies were citizens of China and Iran, and they fall under the laws of these countries.

Moreover, even before everything became known, the US administration received a notification about the vulnerability of the system from the contractor John Reidy, who was engaged in the recruitment of agents for the CIA in Iran. In his opinion, even then, 70% of operations were at risk of failure. Reidy was fired with the phrase "conflict of interest." It is said that after the incident the intelligence community was furious and many had the opinion that the biggest threat came from their own department.
Ctrl Enter
Noticed oshЫbku Highlight text and press. Ctrl + Enter
We are
Who would doubt: in Britain they called the Russian bath "a weapon of war"
WSJ: China scared of US sanctions
Reporterin Yandex News
Read Reporterin Google News
Ad
We are open to cooperation with authors in the news and analytical departments. A prerequisite is the ability to quickly analyze the text and check the facts, to write concisely and interestingly on political and economic topics. We offer flexible working hours and regular payments. Please send your responses with examples of work to [email protected]
Information
Dear reader, to leave comments on the publication, you must sign in.