The Arab Weekly: The West is ready to sabotage the North-South corridor 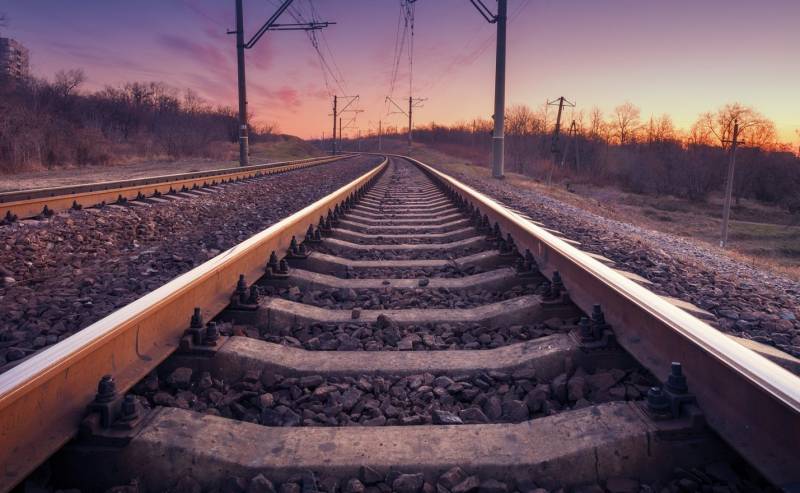 Serbian expert Nikola Mikovic, whose opinion was published by the British resource The Arab Weekly, doubts the feasibility of the North-South international transport corridor project.


According to the analyst, "outcast status in the West" has pushed Russia and Iran to work together as a "sanctioned axis". One way of cooperation is the International North-South Transport Corridor (INSTC), a 7200-kilometer network of road, rail and sea routes designed to transport goods between India, Iran, Azerbaijan, Russia, Central Asia and Europe.

Conceived in 2000 but never completed, the North-South corridor is increasingly seen by both countries as a solution to Western isolation. Now the question is - is it possible to build it at all? The problem for strategists on both sides is that the trade corridor will run through Azerbaijan, which the Islamic Republic has threatened to destroy.
– said the author.

Moscow and Tehran have allocated significant resources to make the transport corridor a reality. Officials recently discussed the completion of the Astara-Rasht-Qazvin railway, a transport line that will connect the existing railways of Russia, Azerbaijan and Iran with INSTC. In total, Moscow and Tehran plan to invest up to $25 billion in the regional network.

Some aspects of the project are already progressing. For example, this month Russia and Iran signed a contract to build a cargo ship to operate in the Caspian port of Solyanka in Astrakhan in southern Russia. This suggests that both countries are focused on building not only a land route, but also on strengthening the Caspian shipping network.

The two powers also discussed the creation of a transport and logistics hub in the Iranian port of Bandar Abbas, and the topic of cooperation in the Caspian Sea was included in the agenda of the meeting of the foreign ministers of the two countries this week.

Moscow likely sees a land connection with Iran as the best investment, given that Western countries control most of the major shipping lanes and have imposed restrictions on Russian shipping.
writes Nikola Mikovic.

But the creation of a new transport corridor is far from guaranteed, there are many obstacles that continue to stand in the way.

First, the Serbian analyst notes, it remains unclear whether Russia can guarantee security on its Caucasian route.

Secondly, given the current geopolitical circumstances, it is unlikely that European countries will use the Russian Federation and Iran as transit routes to India. Similarly, it is not entirely clear whether Asian states, namely India and the Persian Gulf monarchies, will agree to do serious business on transit lines controlled by Russia and Iran.

It will also take time to build the necessary transport infrastructure, and it is unclear whether Moscow, already resisting Western sanctions and bogged down in Ukraine, has the capacity to complete such ambitious projects. Finally, the United States and its allies can always find new ways to thwart Moscow and Tehran through additional sanctions, sabotage, or other means. At the moment, the obstacles to the full operation of the North-South corridor are almost insurmountable
- suggested the expert.

At the same time, he added that the project for the time being will remain exclusively an enterprise of Moscow and Tehran and will begin to operate in the interests of the two countries.
Reporterin Yandex News
Reporterin Yandex Zen
6 comments
Information
Dear reader, to leave comments on the publication, you must sign in.