Belgium: where did the money from Gaddafi's accounts disappear?

October 29 2018
0
Almost eight years have passed since the United States and Europe brought “democracy” to Libya, which turned the country into a battlefield between semi-gangs and provided ground for various financial frauds. 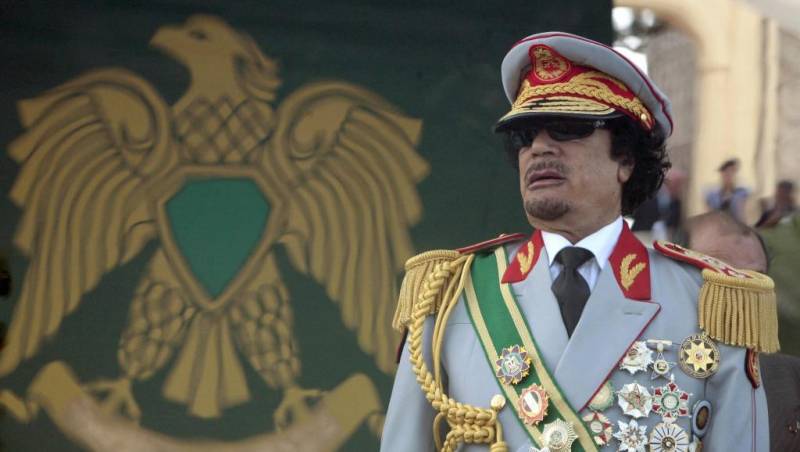 European media have reported that Belgium launched an investigation into the loss of several billion euros from frozen accounts belonging to Muammar Gaddafi, who was killed by rebels.

The accounts of the Libyan leader in a number of Belgian banks were frozen back in 2011. However, as it turned out during the investigation, no restrictive measures were taken to interest and dividends from these accounts. Since 2012, unidentified persons withdrew from banks about 3-5 billion euros.

The investigation will have to figure out how, when freezing accounts, a similar “gap” appeared, which allowed the withdrawal of money, as well as who and for what purposes used these funds.

Presumably, we are talking about the sovereign fund “Libyan Investment Authority”, which was highlighted in one of the UN reports and the long-term financing of the civil war in Libya, which became one of the causes of the migration crisis, the consequences of which Europe is reaping.
In addition, Libya has become one of the centers for smuggling weapons and drugs.

In addition to law enforcement agencies, federal deputies became interested in the disappearance of money from the accounts, who promised to monitor the progress of the investigation.
Ctrl Enter
Noticed oshЫbku Highlight text and press. Ctrl + Enter
We are
And one warrior in the field: the senator fights for Russia in the USA
Is New Russia coming back? The authorities again spoke of left-bank Ukraine
Reporterin Yandex News
Read Reporterin Google News
Ad
We are open to cooperation with authors in the news and analytical departments. A prerequisite is the ability to quickly analyze the text and check the facts, to write concisely and interestingly on political and economic topics. We offer flexible working hours and regular payments. Please send your responses with examples of work to [email protected]
Information
Dear reader, to leave comments on the publication, you must sign in.