The crash of a Boeing 737 in Indonesia: the plane crashed into the ocean 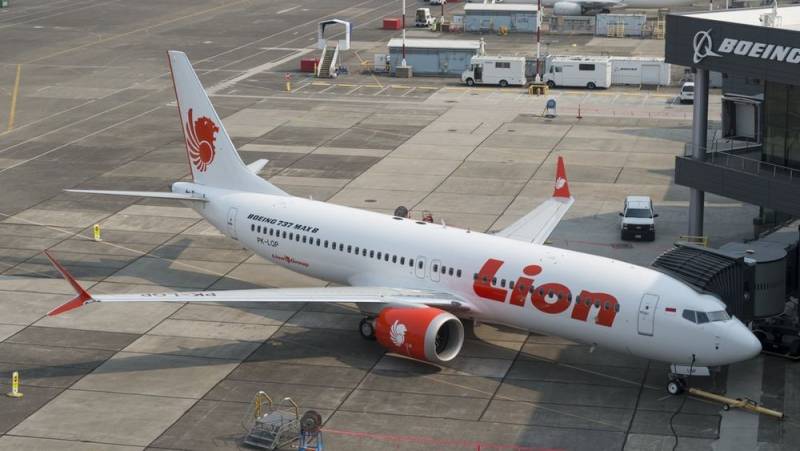 The board of the airline Lion Air crashed into the sea, near the island of Java, 13 minutes after departure. The liner departed from Soekarno-Hatta airport at 6:20 local time (2:20 Moscow time), after which it disappeared from the radar at 6:33.

Media clarify that before the incident, the crew requested permission to return to Jakarta airport. Search and rescue operations are already underway in the disaster area. At 7:15 local time (3:15 Moscow time), tugboat divers discovered the wreckage of the airliner. Revealed some things aboard people. And although there was no information about injured or dead passengers and crew members, it is unlikely that anyone managed to survive, especially given the video from the crash site.


The liner lies at the bottom, the depth is not great 30-40 meters. According to Lion Air, the fallen board was serviceable and suitable for flying. It was made recently, in 2018, and entered the airline only on August 15. Piloting was carried out by experienced staff. The first pilot had 6000 flying hours, and the second pilot had 5000 flying hours.

It should be added that Lion Air is the country's largest private airline. The size of its air fleet is truly impressive. It has more than 100 aircraft, including the Boeing 737, as well as three Airbus A330-300 airliners. Airlines fly to 126 destinations, both in Indonesia and other Asian countries.

However, Lion Air, along with its “daughter” Wings Air, is prohibited from flying to the EU. It was established that there were no Russians aboard the ship. The causes of the incident will find out the investigation. Boeing Corporation has expressed its willingness to assist in the investigation of the causes of the disaster. Search and rescue operation continues.
Ctrl Enter
Noticed oshЫbku Highlight text and press. Ctrl + Enter
We are
Despite US sanctions: Russian Su-35s fly to Indonesia
The largest Russian banks will be engaged in air transportation
Reporterin Yandex News
Read Reporterin Google News
Information
Dear reader, to leave comments on the publication, you must sign in.