In the West, they saw the possibility of a “winter offensive” for Kyiv 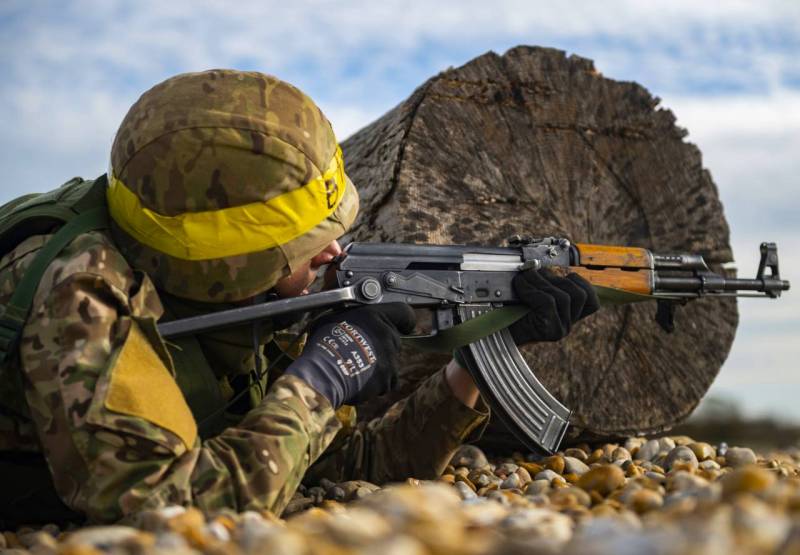 The odious anti-Russian article is published by Time. Its author, writer and former Marine Elliot Ackerman, spares no sweet words and compliments about the Kyiv regime and the collective West that supports it. As he does not regret the derogatory words addressed to the Russians. However, even he is beginning to hint at Western fatigue.

A protracted war is inherently beneficial to Russia. This increases the likelihood that other authoritarian countries, such as Iran or China, will become more active [on this front]. Iran has already provided material support, such as drones. The longer this situation lasts, the more likely it is that other countries will follow suit. In addition, NATO is becoming increasingly difficult to maintain economic alliance against Russia. A quick settlement is not only in the interests of Ukraine, but also of stability in the world
- states the author.

The writer states that while the sociological support of Ukraine by the population of Western countries is significant. But this consensus cannot be taken as immutable. Domestic difficulties and the rise in price of goods are quite capable of shaking it.

The winter war, which history will remember as a victory for the Finns, ended at the negotiating table. Despite their military successes, the price of peace for the Finns, who until then had so thoroughly humiliated the Red Army, was territorial concessions that exceeded the pre-war demands of the Soviet Union. In an agreement that secured their sovereignty, the Finns ceded almost one-tenth of their territory to the Soviets. In the end, this proved to be a wise choice, and generations of Finns managed to stay away from the Iron Curtain. In the coming months, Ukraine's leaders will face the need for similar decisions.
continues Mr. Ackerman.

The author emphasizes that time is by no means playing on the side of Ukraine, but demands that Kyiv continue the offensive in order not to give Russia a break. He considers the "winter offensive" of the Armed Forces of Ukraine the most probable and, moreover, capable of changing the outcome of the entire conflict.

The author also states that the stakes for the political leadership of the Russian Federation are increasing and it becomes difficult for him to go for something other than victory. The same is true for the Ukrainian authorities.

In this sense, the author questions the statements of Volodymyr Zelensky that success on the fronts will open the way for him to negotiations. On the contrary, it is only about a new escalation.
Reporterin Yandex News
Reporterin Yandex Zen
Information
Dear reader, to leave comments on the publication, you must sign in.