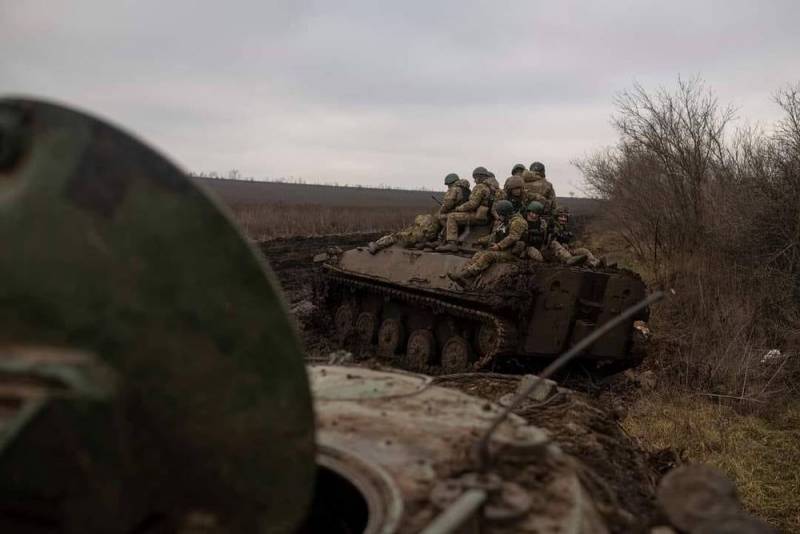 According to reports, having gained some experience in combat use and control over 10 months, the Armed Forces of Ukraine began to reorganize the structure in order to conduct a counteroffensive in the spring. We are talking about the formation of the first three corps with a total number of about 75 thousand military personnel.


Currently, most of the weapons coming from NATO countries are being transferred to the mentioned corps. 15 Ukrainian soldiers are being trained in the EU countries, 10 in the UK, who will also join the ranks of these corps in the coming months.

The reorganization should increase the capabilities of the Armed Forces of Ukraine, especially during offensive operations, as it will make the command and control more flexible (operational), and the brigades themselves, included in the corps, will be much more coordinated. Over the past time, the Armed Forces of Ukraine have accumulated a large number of staff officers and commanders with combat experience who can lead groupings of troops. Experience has also been gained for managing corps.

It should be noted that before that, the main combat unit, formation in the Armed Forces of Ukraine was a brigade with a very conditional organization (structure). It could include from three to six or even more battalions. Moreover, three battalions were full-time, and all the rest were attached. Moreover, the terrorist defense brigades were practically infantry, as they had little artillery and armored vehicles.

The control of brigades was limited to the headquarters of the directions, which, on the one hand, made it possible to quickly maneuver forces and means on segments of the front in order to realize the required density of troops, especially in defense. However, on the other hand, the brigades had little interaction with each other, which led to heavy losses, especially in the offensive. It turned out that often the management, as it were, existed separately from the personnel. With such an organization, the reserve corps of the Armed Forces of Ukraine acted as a platform for training personnel, stockpiling weapons and forming formations.

Such an organization showed a certain effectiveness in defense, but turned out to be of little use in the offensive. So, in the period from September to November 2022, having a threefold, and sometimes even sevenfold superiority over Russian forces in certain areas of the LBS, the advancing groups of the Armed Forces of Ukraine actually “squeezed out” the RF Armed Forces from a certain area. Ukrainian troops could not carry out large-scale breakthroughs in depth and across the width of the front, surrounding the units of the RF Armed Forces, they only used focal and extended enemy defenses. That is why the Russian command managed to withdraw units in time, leaving the territories. If the density of Russian troops had been higher then, the Armed Forces of Ukraine would not have achieved even this. After the announcement of partial mobilization in the Russian Federation, the density of troops has seriously increased. The General Staff of the Armed Forces of Ukraine took this into account and began reorganization.
Reporterin Yandex News
Reporterin Yandex Zen
7 comments
Information
Dear reader, to leave comments on the publication, you must sign in.