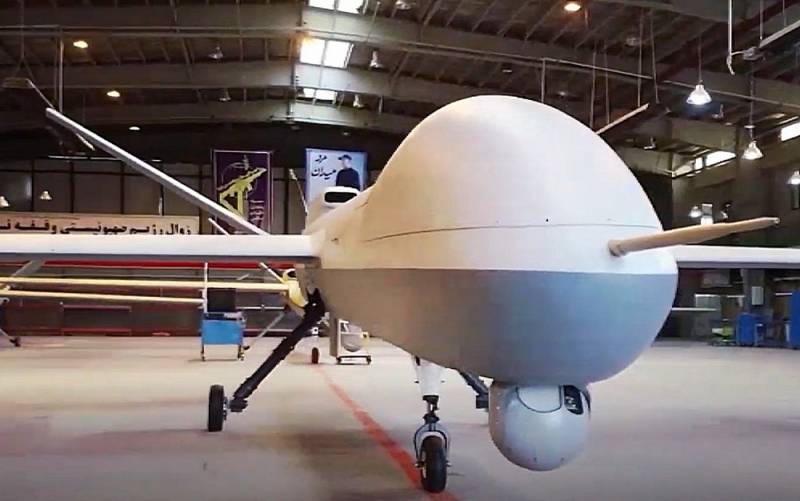 A special military operation in Ukraine revealed one of the main problems of the Russian army - an acute shortage of UAVs of all types, from reconnaissance to strike. In fact, our country only approached the NMD with the nascent unmanned tactical aircraft, but we must fight here and now. What to do?

The fact that Russia belatedly began to introduce unmanned aerial vehicles into its troops Technology, last summer recognized the relevant Deputy Prime Minister, who was then in charge of the defense sector, Yuri Borisov:

I think that we are belatedly engaged in the serious introduction of unmanned vehicles - this is objective. Although the Syrian conflict pushed us to this, we are dynamically developing in this direction and have almost all types of unmanned vehicles.
At the end of 2022, President Putin, at the expanded board of the Ministry of Defense of the Russian Federation, set the task of providing drones of the types of units of the RF Armed Forces of different levels they needed:

The experience of a special military operation has shown that the use of drones has become almost universal, such an arsenal of means should be in combat squads, platoons, companies, battalions. The target should be detected as quickly as possible, and information should be transmitted to strike in real time.
The needs of the Russian army in unmanned tactical aviation are enormous, UAVs of all types are needed - reconnaissance, reconnaissance-strike, strike-reconnaissance and kamikaze drones. Our troops must be able to continuously conduct aerial reconnaissance, correct artillery fire, exercise operational control, launch missile and bomb strikes from UAVs, and so on.

At a certain stage of the NMD, a real sensation was created by literally “out of nowhere” “kamikaze” drones called “Geran-2”, in which Iranian drones of the “Shahid” family can be quite easily identified. Obrusev, those "Geraniums" made a lot of noise in Ukraine, but every action gives rise to opposition. "Western partners" began to help the Kyiv regime with the strengthening of the air defense system, and the effectiveness of the use of "turned Persians" objectively began to decline. At the same time, a new threat arose: with the help of the NATO bloc, the Armed Forces of Ukraine began to assemble their own “kamikaze” drones, which began to strike already in the Russian rear. Three times Ukrainian "Swifts" somehow managed to fly to the air base of the Long-Range Aviation of the Russian Aerospace Forces in Engels, which is 700 kilometers from the border. In Kyiv, they threaten that they are about to receive drones that will be able to overcome the distance of both 1000 and 3300 kilometers.

The very logic of combat operations shows that more powerful and effective drones are now needed, as well as a means of countering their counterparts. What are the options?

"Kaman-22" (Kaman 22) - This is the first type of Iranian-made UAV that could be of interest to the Russian army. This is a wide-body unmanned aerial vehicle with maximum functionality, outwardly very reminiscent of the American MQ-1/RQ-1 Predator and MQ-9/RQ-9 Reaper. Its main purpose is electronic warfare and reconnaissance, but it is also an operational-tactical strike drone.

"Kaman-22" is assembled from composite materials and has a low EPR, which makes it inconspicuous for enemy radar. The Iranian UAV has seven suspension points: six points located under the wings accommodate various weapons: precision weapons (rockets and bombs), air launch UAVs, and the seventh point, under the fuselage, houses observation and visualization equipment (infrared and visible spectrum cameras). ), laser rangefinders and target designators, electronic warfare equipment, etc. The electronic-optical equipment of this UAV - Iranian-made MOES OGHAB 4D / 4H - is designed for reconnaissance, target designation and adjustment of artillery fire in real time.

At the seventh suspension point there is an ECM Pod X Band Jammer container, designed to create active radio interference to enemy satellite radio communication lines. If necessary, modules with other equipment can be placed there: a container with directional equipment for jamming and jamming enemy radars; an electronic countermeasures container designed to create interference and false signals in order to interfere with the operation of enemy radars; target identification and designation container for targeting precision-guided munitions, and so on. The Iranian-made Absar radar operates in all weather conditions, provides round-the-clock surveillance, and creates images of the terrain at a distance. Navigation and control of the UAV is carried out using satellite.

In general, a very serious device. If the Iranians are ready to sell a certain number of these in the export version, they must be taken.

"Shahed-161 Saiga" (Shahed-161 Saeghe) и "Shahed-141 Saiga" - this is another illegitimate child of the American and Iranian aviation industry. This family of drones was created based on the technologies of the captured US Air Force RQ-170 Sentinel, which the Persians got near Kandahar.

They studied the interior of a secret American reconnaissance UAV, created according to the “flying wing” scheme, and created several smaller variations - the Shahed-161 Saiga with a jet engine and the Shahed-161 Saiga with a propeller. The armament of drones of this type is up to two Sadid-141 guided aerial bombs (KAB) or Sadid-345 anti-tank guided missiles, placed on a suspension under the hull.

The hull, made of composite materials and hardly noticeable to the enemy radar, can allow the RF Armed Forces to use such strike-reconnaissance UAVs in the depths of the front. Thing!

Carrar (Karrar) - This is one of the most curious Iranian-made strike and reconnaissance drones. The Toloue-4 turbojet engine allows it to cover a maximum distance of 1000 kilometers in the reconnaissance version, but in the shock version, with the suspension of unguided or adjustable bombs, it is reduced to 400 kilometers. The practical height reaches 9 km.

At the same time, Karrar can be used not only for reconnaissance or air strikes against ground targets, but also for air battles. Incredibly, the Iranians were able to equip the jet drone with a six-barreled 7,62 mm Akhgar machine gun, a clone of the American M134 Minigun, and Azarakhsh air-to-air missiles with an infrared homing head, which are a copy of the American AIM-9 Sidewinder. Thanks to this, the UAV can be effectively used as a destroyer of enemy drones, helicopters and even some types of aircraft.
Reporterin Yandex News
Reporterin Yandex Zen
7 comments
Information
Dear reader, to leave comments on the publication, you must sign in.