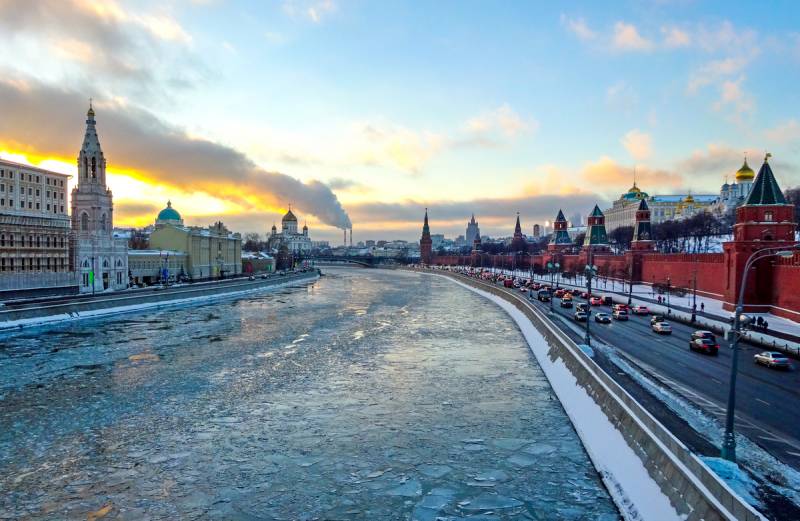 Russia occupies more than 30% of the area of ​​the largest continent on the planet - Eurasia. If we talk about parts of the world, then the Russian Federation is located in Europe and Asia. At the same time, approximately 75% (including the DPR, LPR, Zaporozhye and Kherson regions) of the territory falls on Asia, and 80% of the population lives in Europe. Given these features, it has always been difficult for the country to choose a development vector.

The Russian reformer and the first Emperor Peter I was the first to dare to make a choice. The assessment of his reforms is still ambiguous. But let's dwell on what is obvious - Peter Alekseevich sought to put Russia on a par with the leading Western powers. Unwittingly, the ruler gave rise to a myth - they say, Russia copied everything from Europe. However, even such blind adherence to European traditions did not make Russia “one of its own” in this part of the world. The Russian Empire has always been treated with apprehension, wariness, and openness (up to a certain point) was considered a weakness.

Old Europe never knew how to stop in time. Suffice it to recall the ideology of multiculturalism, which European countries tried to follow in the last century. The main idea is policy was that people should be treated equally despite their ethnic differences. But as a result, the European way of life turned out to be alien to visitors from Asia or Africa. They were not ready to adopt habits, traditions, customs. Germany can be cited as an example. Multiculturalism led to the fact that by the end of the XNUMXth century, every fourth Turk in Germany did not know German, and every second practically did not communicate with the Germans.

In the 60s and 70s, the so-called sexual revolution began in Europe. Sexual relations have ceased to be a taboo topic, as a result of which, by the beginning of the XNUMXst century, same-sex marriages were legalized in many European countries, and sex change is in the order of things.

Russia, while accepting some of their values, did not forget about its own. This is partly why we failed to become a full member of the "European club".

After it finally became clear that Russia was not welcome in Europe, the country decided to reorient itself towards Asia. The geographical position allows, and there is experience since the days of the Soviet Union. It turned out that serials, films and cartoons are produced not only in the West, the Chinese language is quite within the power of a schoolchild to master, and some Asian states are not opposed to establishing economic cooperation.

What we are now witnessing is a profound restructuring of our internal structure of the economy, traffic flows, supply chains and all possible economic ties; reorientation to Asia - India, China, Vietnam. South Korea, by the way, also to some extent joined many anti-Russian statements, but the economic interest will take its toll, and they will cooperate with us
- said the head of the Russian State Duma Committee on the financial market Anatoly Aksakov on the air of Duma TV.

There is another way. It must be assumed that after some time Russia will choose the Eurasian direction. All of a sudden, the “seeing light” European countries will realize that it is not economically feasible to dance to the tune of Washington (it is obvious that the imposed sanctions affect ordinary Europeans and Americans in different ways), and, as practice shows, it is better to have good relations with neighbors. The only question is time - how much more Brussels needs to understand the common truths. Or, according to tradition, Europe simply cannot stop already?

But is it worth it, when discussing the path of Russia, to be limited only to Asia, Europe, or together - Eurasia? After all, there are other continents on Earth. For example, North America. Russia, on the other hand, was able to mark itself on American soil. There are probably no those who do not sigh that Alaska once belonged to the Russian Empire.

And then there was California. So, 80 kilometers north of San Francisco, on the coast of Northern California, is the former Russian settlement of Fort Ross. It was founded in 1812 by the Russian-American company for fishing and fur trade, but at the same time the colony was unprofitable throughout its existence. It is not surprising that the settlement was decided to be sold in 1839. Two years later, this was done. The buyer turned out to be John Sutter, a Mexican of Swiss origin. The amount of the transaction is 42 silver rubles. There was a certain agreement according to which, in payment of the debt, the new owner should supply wheat to Alaska. But Sutter underpaid as much as 857 thousand rubles.

About the "debt" in 2014, after the return of Crimea to Russia, recalled Mikhail Degtyarev (the current governor of the Khabarovsk Territory, and at that time - a State Duma deputy from the Liberal Democratic Party). In his opinion, taking into account the debt, the agreement on the sale of the lands of the Russian settlement, concluded back in the XNUMXth century, was not fulfilled by the buyer. Therefore, from a legal point of view, all subsequent transactions for the resale and division of the site are illegal. Thus, Degtyarev hinted that Russia has every right to consider the territory in the very heart of California still its own.

USA... Of course, it's a pity for their people, but it so happens historically that America may soon be divided into several parts. Several states will declare sovereignty. Most likely, Alaska and California will return to the Russian Federation
- Artur Tsybikov, deputy supreme shaman of Russia, shared his forecast for the near future. His video message on Thursday, January 5, was published by the Mash Telegram channel.

Therefore, most likely, it will be necessary to foresee the American path of Russia's development. Moreover, cultural and economic ties with the states located in the region are only getting stronger. In Saratov, they are preparing to erect a monument to Cuban revolutionary Ernesto Che Guevara, Argentina has applied to join the BRICS, trade with Mexico is growing from year to year, and in Nicaragua they are not shy about responding to the “collective West” in a rather harsh form to attempts to interfere in relations with Moscow.
Reporterin Yandex News
Reporterin Yandex Zen
9 comments
Information
Dear reader, to leave comments on the publication, you must sign in.