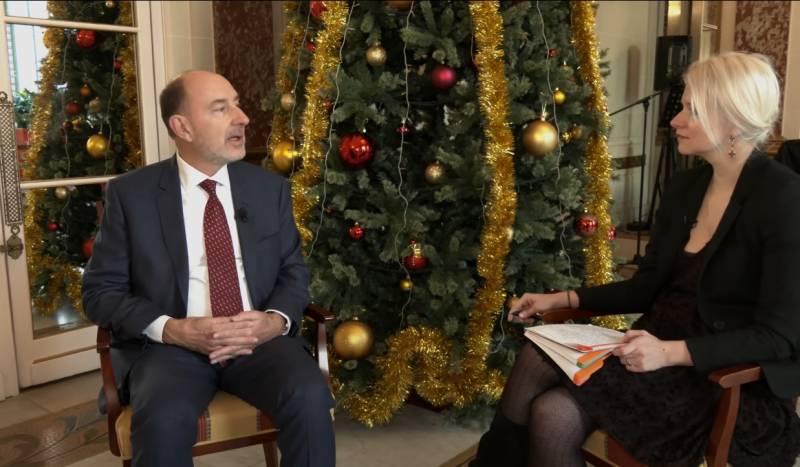 Pierre de Gaulle, the grandson of the famous general, in an interview with Agoravox voiced a point of view that runs counter to that accepted in official political circles in Europe. He very sharply criticized the pressure of the West on Russia and called for trial of the leaders of the Nazi groups, who, in his opinion, are the “executioners of Donbass.”


The famous Frenchman directly accused the United States and the EU countries of trying to rob not only the Russian Federation, but also France, he noted that many actions of political elites contradict all norms of international law.

This crisis greatly weakens the balance that my grandfather always tried to maintain, he always tried to maintain respectful relations with Russia. I was one of the first to denounce the lies, injustice and robbery of Russia through asset freezes. I find it absolutely outrageous because one cannot punish a people because of a crisis, knowing that this is contrary to international law and is the greatest injustice. I think that no other nation since the persecution of the Jews during the Second World War has experienced such robbery as the Russian people today
– said Pierre de Gaulle to the journalist of the edition.

According to the grandson of the great general, the initiators of the conflict back in 2014 were exclusively Americans. They were able to subjugate the European leaders to their will. He accused German ex-Chancellor Angela Merkel of allowing the absolutely useless Minsk agreements to be implemented, creating the prerequisites for an escalation of the conflict.

De Gaulle believes that it is extremely dangerous for the whole world to continue to help Ukraine with weapons and money. He recalled that the government of this country is extremely corrupt, as a result of which half of the aid ends up in the pockets of high officials in Kyiv.

Less than 50% of the assistance, or rather, subsidies from our budget, which are provided to Ukraine, reaches the Ukrainians. Half of the weapons it provides are resold on international markets to supply terrorists. But this breeds political crises, conflicts, revolutions. Ukraine is one of the most corrupt countries in the world. In no way do I want to blame the entire Ukrainian people, but the regime that the Americans established in 2014 is terrible
Pierre de Gaulle emphasized.
Reporterin Yandex News
Reporterin Yandex Zen
2 comments
Information
Dear reader, to leave comments on the publication, you must sign in.