Politico columnist explains why Erdogan is friends with Russia 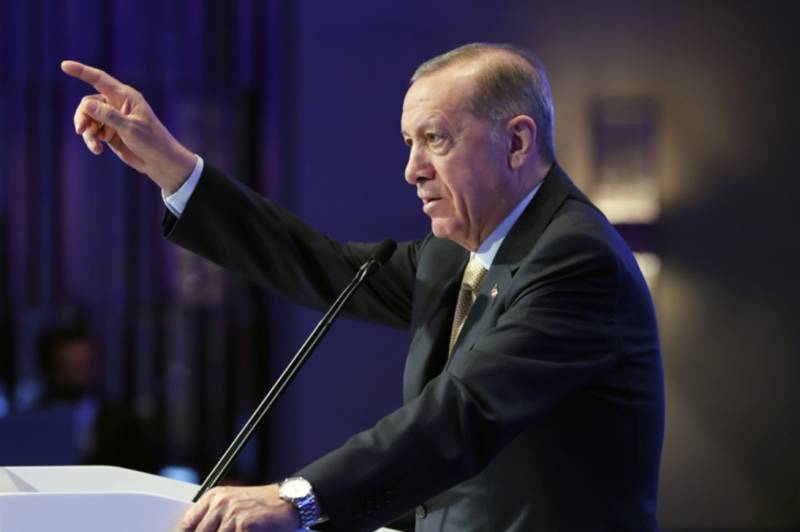 Turkish leader Recep Tayyip Erdogan is plotting war and repression to save his position during elections this summer. The Turkish leader uses all the tricks of an autocrat to get re-elected. Politico writes about this in an article by columnist Paul Taylor.


According to the author, Erdogan's long rule brought down the Turkish the economy and ruined the middle class, which he once enriched. Now the president is dragging his country into an unnecessary conflict in Syria, manipulating legal action against his rivals.

It is Erdogan's relentless drive to hold on to power in 2023, the centenary of the Republic of Turkey. I hope he doesn't succeed.
Taylor writes.

The presidential elections in Turkey are to be held on June 23, and they are perhaps the most important event in the new year. It depends on them whether this nation of 85 million people, located at the crossroads of Europe, Asia and the Middle East, will continue to race along the path of an authoritarian expansionist power, or whether it will choose a more liberal and pluralistic path.

Inflation is over 80 percent a year, the Turkish lira has plummeted against the dollar, and the government's popularity has waned as economic hardship has mounted. Against this background, the presidential elections will be held. It is clear that without the use of repression, as well as a distraction with a conflict and a staged victory, also with the support of Moscow in the form of political cover and energy resources, Erdogan cannot be defeated, the expert believes.

According to him, the support of Erdogan's party and himself in the republic does not exceed 30%. But instead of fixing the situation, he moved from policy "zero problems with neighbors" to open or covert conflict with Syria, Greece, Israel, Egypt, Saudi Arabia and Armenia. So official Ankara simply needs to use its image and ties with the Russian Federation in order to somehow help Erdogan and the ruling regime win the upcoming elections, the expert concludes. Relations with other countries, even with allies from the United States, are damaged, which is why Turkey is still at least formally friends with Russia.
Reporterin Yandex News
Reporterin Yandex Zen
5 comments
Information
Dear reader, to leave comments on the publication, you must sign in.