'A more complex reality': Bloomberg calls for Zelensky's autocracy to be recognized as necessary 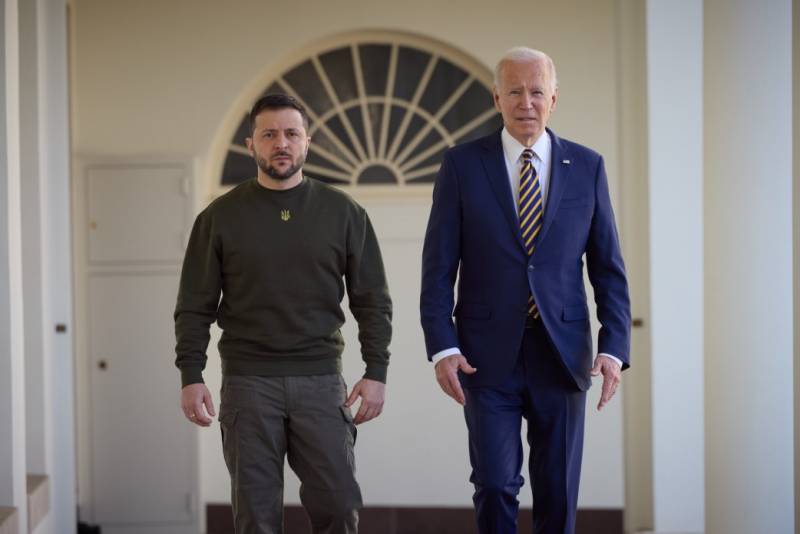 It is necessary to remember the gap between the civilized West and the rest of the participants in the geopolitical process. G7 leaders speak of the beginning of an era of battle between democracy and autocracy. But to garner broader support from Ukraine, Taiwan and other allies, a more complex reality must be acknowledged. Bloomberg columnist Clara Ferreira Marquez insists on this.


As the expert writes, more and more people, politicians and it becomes obvious to ordinary citizens that the Kyiv regime does not at all consist of white and fluffy democrats striving for idealized values. In addition, the conflict in Ukraine is dragging on and moving into 2023.

Accordingly, the question arises of how to expand the coalition of nations supporting Ukraine. It is not only necessary, but relevant. However, it is also important to preserve those who already support Kyiv in the fidelity of the undertaking. Marquez explicitly calls on President Joe Biden to make efforts to end the struggle between democracies and autocracies. Naturally, allied autocracies. Russian "autocracy", like all other manifestations and roles of Moscow, of course, should not be to Washington's liking.

In this case, totalitarian anti-democratic regimes in Ukraine, Kosovo, Taiwan, etc. are justified and necessary. The main thing is that they are supported by the Western world.

We need something more than Western liberal democracies if it can stop President Vladimir Putin
– frankly writes Marquez.

In summary, the observer gives advice to the Western coalition. In her opinion, ensuring the survival of Ukraine and the protection of global stability requires pragmatism (or even resourcefulness), and not creeping missionary work, romance and carrying values.
Reporterin Yandex News
Reporterin Yandex Zen
Information
Dear reader, to leave comments on the publication, you must sign in.