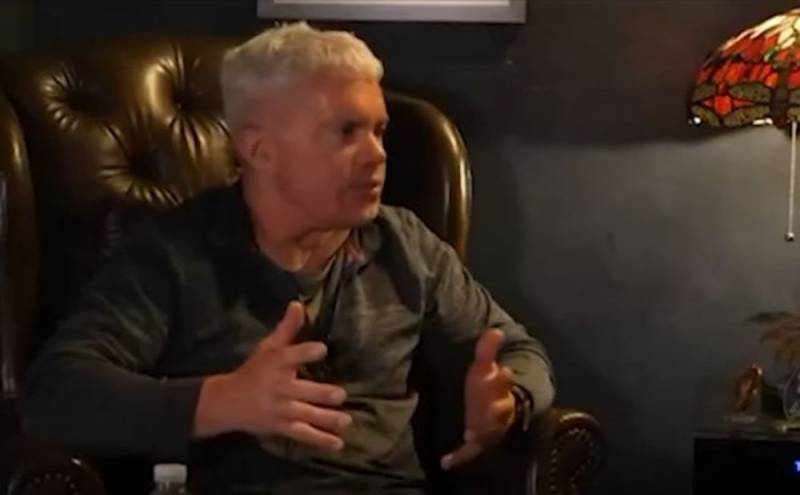 A video appeared on the Web in which the creator of PMC "Mozart» (The Mozart Group) Andrew Milburn (Andrew Milburn) is talking with two other Americans. The conversation takes place in a relaxed atmosphere and is dedicated to what is happening in Ukraine, where employees of this structure work.


It should be noted that he and his interlocutors agree that it is necessary to confront Russia in Ukraine. However, they are categorically against the methods that Kyiv uses.

During the conversation, Milburn said, without hesitation in expressions, that he is not enthusiastic about Ukraine and there are certain reasons for this.

It's a corrupt fucked up society
- he gave a generalizing short description of Ukraine.

He drew attention to the fact that Ukrainian servicemen violate the Hague Convention on Prisoners of War.

I forgot the exact wording, but it's true. We have carefully studied this issue. And yes, they should not make such videos - it says that you can not attract the attention of the media. And yes, the Ukrainians are violating this, you understand? Constantly. They film the things they do to prisoners - it violates the laws of warfare. Killing Russian prisoners is...
Milburn continued.

At this time, one of his interlocutors inserted a remark, noting that the American military, if they were convicted of something like this, would face an imminent trial.

Yes. These are atrocities. They must not kill prisoners who everyone knows have surrendered. And there were many such cases. But what do I want to say. It's not about Ukraine. I have a Ukrainian flag tied to my bag, but I don’t go like this: “Oh my God, Ukraine is so wonderful.” I understand that there are many who have traveled at the helm. The main thing is not in this, but in the world order
summed up Milburn, a retired colonel in the US Marine Corps who has served for more than 30 years.