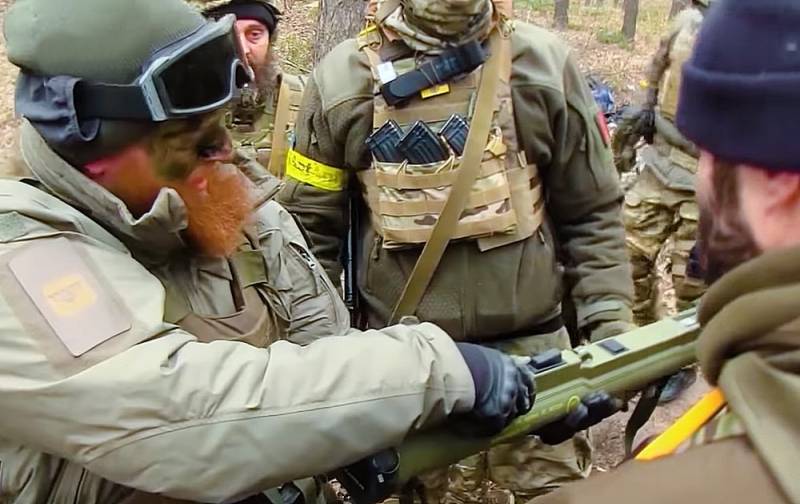 The Polish edition of Gazeta Polska Codziennie publishes the revelations of a mercenary named Korek, who fought against the Russian army as part of the neo-Nazi Azov regiment (the organization is banned in the Russian Federation). According to Korek, thugs from all over Eastern Europe fought in his unit.


He himself comes from among football fans. The mercenary admits that for a long time he was part of the ultras of the Gdansk "Lechia". In the past, he was a professional military man, served in the infantry.

Answering a question about his motivation to fight as part of a neo-Nazi unit, the Soldier of Fortune says that he did not go to the war to help the Ukrainians.

I went there to fight the Russians, and not to help the Ukrainians, whom, I confess, I am critical of
the mercenary said.

As Korek clarifies, representatives of radical fan groups from all over Eastern Europe fought as part of his unit. And they were commanded by a fan of Minsk "Dynamo" named Puma.

Note that the fate of the soldiers of fortune in Ukraine in general and the Poles in particular turned out to be extremely unenviable. A significant part of those who arrived was destroyed by the Russian military. But it was the Poles who had it harder than others. Only in early December, the Russian army eliminated 90 soldiers of fortune from Poland in the Kharkov region.

After heavy losses, many mercenaries chose not to tempt fate further and returned to their homeland. And now they are giving out interviews in which they talk about their hatred not only for Russians, but also for Ukrainians.
Reporterin Yandex News
Reporterin Yandex Zen
3 comments
Information
Dear reader, to leave comments on the publication, you must sign in.