RF Armed Forces continue offensive in Donbass, but the main blow has not yet been dealt 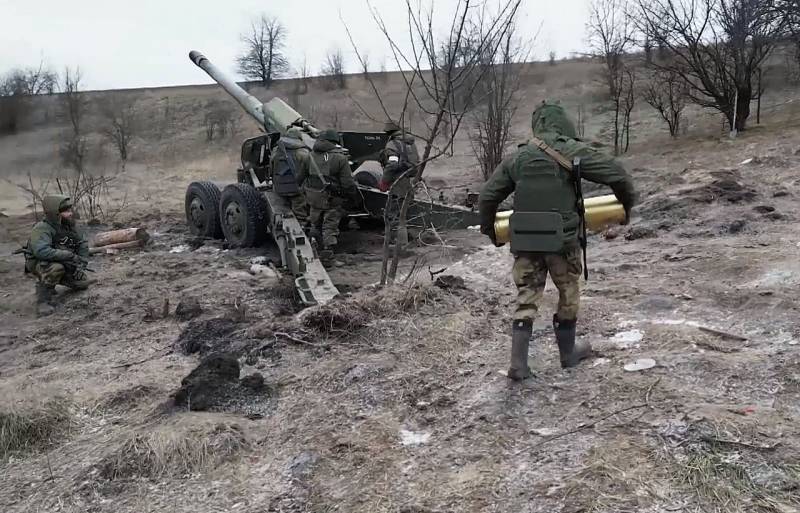 Currently, the most intense hostilities in the NVO zone are being conducted in the Donbass. The RF Armed Forces continue the offensive, storming the defensive lines of the Armed Forces of Ukraine and pushing the enemy, but the main blow has not yet been dealt. This was announced on the evening of December 26 by Russian expert Yuri Podolyaka.

As before, our troops continue to put pressure on the enemy’s defense line on most of the front in Donbass, inflicting heavy losses on him and slowly moving forward. But this is only a prelude to the main battle of winter ...
– commented on what is happening expert.

According to him, Russian forces are slowly but successfully "squeezing out" Ukrainian troops from positions on a wide front from Kupyansk in the Kharkiv region to Maryinka in the DPR. However, the main efforts were made in the area of ​​Soledar, Bakhmut (Artemovsk), Toretsk and Maryinka in the Donetsk direction.

From here I expect the continuation of the covering operations of PMC "Wagner"
- he specified.

We take a short attack. Then the enemy tries to knock us out with counterattacks. He usually fails. We're moving on. That's why it's so slow. And this will continue until the enemy forces run out of steam and we can move on to more active offensive operations.
He pointed out.

Near Toretsk (between Bakhmut and Gorlovka), the Armed Forces of Ukraine launched unsuccessful counterattacks, trying to dislodge the RF Armed Forces from the settlements of Druzhba and Dyleevka. After that, the Russian forces began to storm the enemy fortified area west of Kleshcheevka, the capture of which would allow even more coverage of Bakhmut from the south. At the same time, the expert did not rule out that Russian forces might try to take Bakhmut with a frontal attack.

As for the sector of the front in the Maryinka area, there the RF Armed Forces are step by step squeezing the Armed Forces of Ukraine out of this settlement.