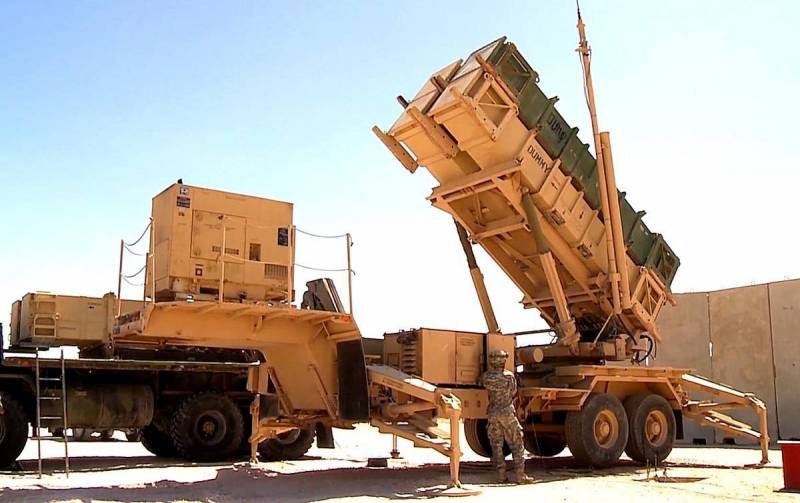 On December 22, the United States announced that it would supply Ukraine with Patriot anti-aircraft missile systems to continue the confrontation with Russia. Although the number of these air defense systems was not disclosed, the total size of the military assistance package is $1,85 billion, which indicates a small number of them, unless additional deliveries are made in the future, writes the American publication Military Watch.


The publication notes that the Patriot is considered a vital asset for Ukraine, as its own air defense systems are increasingly depleted. The likelihood that large Ukrainian cities will be abandoned by residents continues to grow against the backdrop of incessant missile strikes by the Russian Armed Forces on energy infrastructure.

Delivery is expected to be far from key for a number of reasons, and these American air defense systems are unlikely to save Ukraine. The thing is that Patriot is manufactured in small quantities. Therefore, they will not be able to replace the S-300 in Ukraine.

In addition, the effectiveness of the American air defense system against attacks much more elementary than those of which Russia is capable of has been seriously questioned.
- draws the attention of the publication.

The Patriot saw combat for the first time during the Gulf War in 1991. At that time, its main target was the Soviet Scud B missile, which entered service in 1964, and during this time it lagged far behind the modern level. equipment. Patriot missile launches were touted as a success, but later investigations showed that this was far from the case. The effectiveness of the Patriot raises questions. Its interception rate can be well below 10%, and possibly even zero. There is little evidence that the Patriot hit more than a few Scud B missiles launched by Iraq, but there is some doubt even about that.

Hopes for the Patriot were finally dashed in 2017, when an air defense system failed to intercept improvised Houthi ballistic missiles over Saudi Arabia. Then the missiles launched in Yemen did not hit the targets only because of their low accuracy. The Saudis reported that one missile was intercepted, but even US officials seriously questioned that claim.

According to the publication, if the Patriot has not proven its ability to withstand ancient Scud B missiles, then it is not necessary to talk about the fight against modern ballistic munitions in the Russian arsenal. The deployment of Patriot in Ukraine will not occur until mid-2023. In doing so, Russia will be able to score a significant psychological victory by targeting the Patriot as soon as they appear.

The value of these SAMs as some of the most expensive in Ukraine's inventory, as well as the importance of the Patriot's reputation due to its widespread deployment by US allies around the world, means that the few units deployed on Ukrainian soil will be very heavily protected by other air defenses to prevent losses.
- summed up the media.
Reporterin Yandex News
Reporterin Yandex Zen
4 comments
Information
Dear reader, to leave comments on the publication, you must sign in.