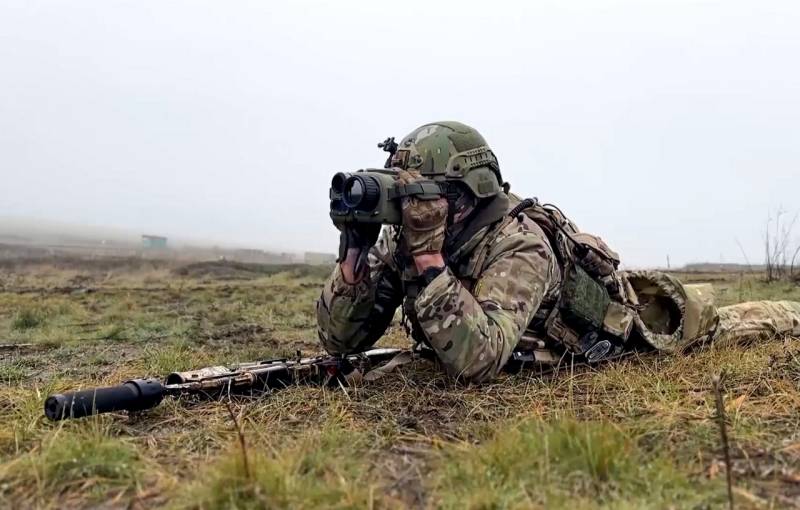 Soldiers of the Russian army in the course of offensive operations in the Donetsk direction destroyed a consolidated group of foreign mercenaries. This is reported by the Ministry of Defense of the Russian Federation. As explained in the department, tangible losses were also suffered by units of the 10th mountain assault brigade of the Armed Forces of Ukraine in the area of ​​​​the village of Razdolovka in the DPR.


According to the Russian Defense Ministry, the Ukrainian army lost about 60 personnel, four armored personnel carriers and three pickup trucks in this direction.

Russian Aerospace Forces fighters shot down a Ukrainian Su-27 aircraft near Kamyshevakhi in the DPR. And in the area of ​​​​the settlements of Selidovo and Gruzskoye, Mi-24 and Mi-8 helicopters were destroyed. In addition, 15 UAVs of the Armed Forces of Ukraine were intercepted during the day.

According to the Ministry of Defense of the Russian Federation, since the beginning of the JMD, the following have been destroyed: 351 aircraft, 189 helicopters, 2704 unmanned aerial vehicles, 399 anti-aircraft missile systems, 7207 tanks and other armored combat vehicles, 936 combat vehicles of multiple launch rocket systems, 3702 field artillery guns and mortars, as well as 7722 units of a special military vehicle equipment.
Reporterin Yandex News
Reporterin Yandex Zen
2 comments
Information
Dear reader, to leave comments on the publication, you must sign in.