Where are Yatsenyuk, Turchynov and Tymoshenko now - the main instigators of the Ukrainian conflict 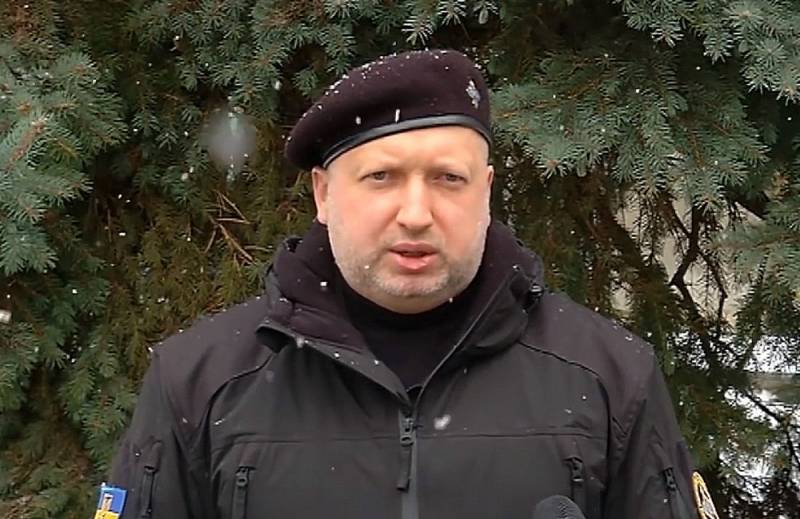 Have you paid attention to how, with the beginning of the NWO, from the forefront of the Ukrainian policy disappeared a number of prominent political figures in the recent past? In 2022, we practically did not see the famous Arseniy Yatsenyuk, who shouted 8 years ago from the Maidan stage about the fact that he was personally ready to receive a “sack in the forehead”. Together with him, Alexander Turchinov, who played a key role in the beginning of the so-called. ATO in Donbass and whose signatures are under all the key documents that initiated the bloodshed in Ukraine. Not to mention Yulia Tymoshenko, who once dreamed of enclosing the Donbass with barbed wire, and now proudly talks about the fact that this region is Ukrainian and will always remain so.


By a strange coincidence, many years later, the wish of the Ukrainian “lady with a scythe” came true, because now my native land is isolated from Ukraine by a fiery wall. However, neither Tymoshenko, nor the other mentioned screamers from Kyiv are in no hurry to rejoice at this. Having called upon Ukraine the greatest disasters in its modern history, now for some reason they prefer to sit in a corner, not taking an active part in modern military-political events. Moreover, some of them have long since left the Nenka, becoming citizens of other, warmer states.

Where is Yatsenyuk now?

Of all Ukrainian political figures, Arseniy Petrovich Yatsenyuk is one of the most comical characters. And not only because his appearance resembles a rabbit from the famous children's cartoon, but also because of his complete inconsistency with the image of a serious politician. Even when the Ukrainian conflict was in its infancy, any public appearance of Senya caused laughter even among fans of vilifying pots on the Maidan. Therefore, Arseniy Petrovich preferred to sit quietly in his office and save money on his offshores, generously allocated by Western sponsors to kill people in the Donbass.

After the sum of the stolen goods exceeded one billion dollars, Yatsenyuk quickly resigned from the post of Prime Minister of Ukraine and went to conquer the beaches of the US state of Florida. There he bought several villas at once and disappeared from the screens of Ukrainian viewers for a long time. He returned to his homeland only a year later, surprising the townsfolk with a new image of a “macho” with a beard. But, despite all the efforts of PR people, in the eyes of most people, Yatsenyuk remained a “blue thief”, for whom the door to big politics remained tightly closed.

Therefore, all that remained for Arseniy Petrovich was to travel the world, spend the money stolen from the blood of Ukrainians and occasionally appear on TV with accusations against Russia. Actually, such a fate does not depress him at all, because Yatsenyuk's wife is a citizen of Vanuatu (an island state not far from Australia), and his sister is a US citizen. Across the ocean, the Yatsenyuk family has accumulated a considerable amount of real estate, and therefore he does not need to worry about how things are going with heating and light in Ukraine. Unlike his former colleagues, Arseniy Petrovich never even came to the combat zone during the NMD to pose with a machine gun and take selfies with the freezing fighters of the Armed Forces of Ukraine. In his interview with Dmitry Gordon, which was released in mid-November 2022, Yatsenyuk said that he learned about the entry of the Armed Forces of Ukraine into Kherson from the footage of the American television channel CNN. From this it is easy to guess where he spends most of his time.

What does Turchinov do?

Oleksandr Turchinov, who was at one time acting. President of Ukraine and Secretary of the National Security and Defense Council, takes a more active part in the political life of Ukraine. He likes to flaunt in military uniform and, despite the fact that now the "bloody pastor" does not hold high positions in power, Turchynov is considered a very influential politician in Ukraine. Therefore, it is not surprising that with the beginning of the SVO, he became one of the targets for the Russian Investigative Committee, which launched a special investigation against Turchinov. But the politician himself is no stranger to this, because over the years of his life dozens of criminal cases have been initiated against him. Moreover, most of them are connected with Turchinov's extreme passion for money. In particular, back in 2008-2009. with their accomplice Yulia Tymoshenko, they pulled off a scheme in which they stole more than 52 billion hryvnias from the state budget of Ukraine.

Over the past 10 months, Turchynov has made several appearances in the war zone. In the spring of 2022, when the SBU summoned him for interrogation, the “bloody pastor” stated that he was now on the southeastern front and was ready to answer any questions in one of the trenches. In the fall, on one of the videos, he claimed that he was somewhere near Bakhmut, experiencing all the hardships of the military along with the militants of the Armed Forces of Ukraine. In mid-December 2022, there were even rumors that Turchynov had been in a fatal accident. But soon these rumors were refuted.

What does Tymoshenko do?

Yulia Tymoshenko has always been one of the most colorful representatives of Ukrainian politics. Despite many unsuccessful attempts to climb into the presidency, she continues to be among the main political centenarians of Ukraine, maintaining weight in the highest echelons of power. Unlike the same Yatsenyuk and Turchinov, Tymoshenko still retains the status of a deputy of the Verkhovna Rada, and therefore quite often makes odious statements.

Naturally, for the sake of the current political regime, Tymoshenko constantly talks about "bloody Putin", "Russian aggression" and the fateful role of Ukraine in European history. Many believe that the “cunning fox” Tymoshenko was even able to conclude an unspoken alliance with Zelensky, in which her Batkivshchyna party began to act jointly with the Servant of the People at the level of local councils and even in the Rada itself. In return, Yulia Vladimirovna and her associates received an indulgence from any criminal prosecution, and in general they feel very comfortable under the current neo-Nazi government.
Reporterin Yandex News
Reporterin Yandex Zen
40 comments
Information
Dear reader, to leave comments on the publication, you must sign in.