October 24 2018
1
Japanese Prime Minister Shinzo Abe said his country would open a “new era” in relations with Russia. According to the head of the Japanese government, the conclusion of the long-awaited peace treaty in Tokyo will help resolve territorial disputes with our country. 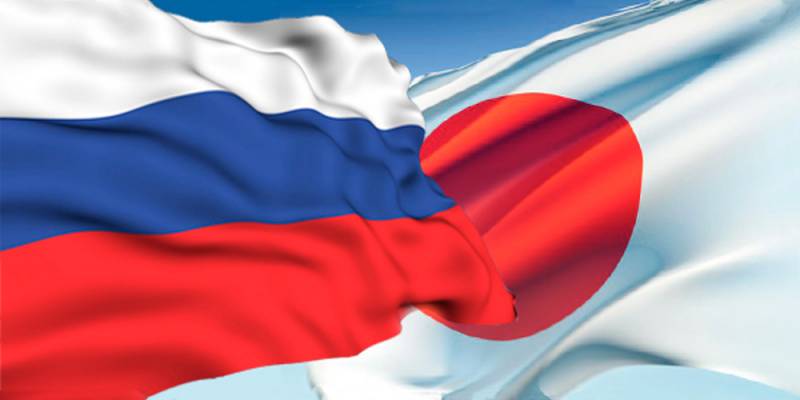 As a positive step, Shinzo Abe called the opportunity for Japanese citizens to visit the graves of their ancestors on the islands of Kunashir, Iturup, Shikotan, Habomai. Japan still claims to these territories, and it is precisely these claims that are the main obstacle to concluding peace with Russia.

Meanwhile, in September 2018, Vladimir Putin suggested that Shinzo Abe conclude a peace treaty without any additional conditions. But it is Tokyo, on its own initiative, refuses such a world.

Obviously, the Japanese still expect to achieve, if not the transfer of the islands, then special conditions on the Kuril Islands for Japanese business. By the way, Shinzo Abe directly emphasized that Russia and Japan have begun work on projects in the field of joint economic activities in the South Kuril Islands.

Whether or not to follow the lead of Japan is another matter. After all, there are no guarantees that even special conditions for the activities of Japanese companies in the Kuril Islands will affect Tokyo's position. The Japanese still depict South Sakhalin and the South Kuril Islands on maps as Japanese territory.
Ctrl Enter
Noticed oshЫbku Highlight text and press. Ctrl + Enter
We are
Why cars have risen in price in Russia
China hit US oil and gas exports
Reporterin Yandex News
Read Reporterin Google News
Ad
The publication is looking for authors in the news and analytical departments. Requirements for applicants: literacy, responsibility, efficiency, inexhaustible creative energy, experience in copywriting or journalism, the ability to quickly analyze text and check facts, write concisely and interestingly on political and economic topics. The work is paid. Contact: [email protected]
1 comment
Information
Dear reader, to leave comments on the publication, you must to register.
I have an account? Sign in