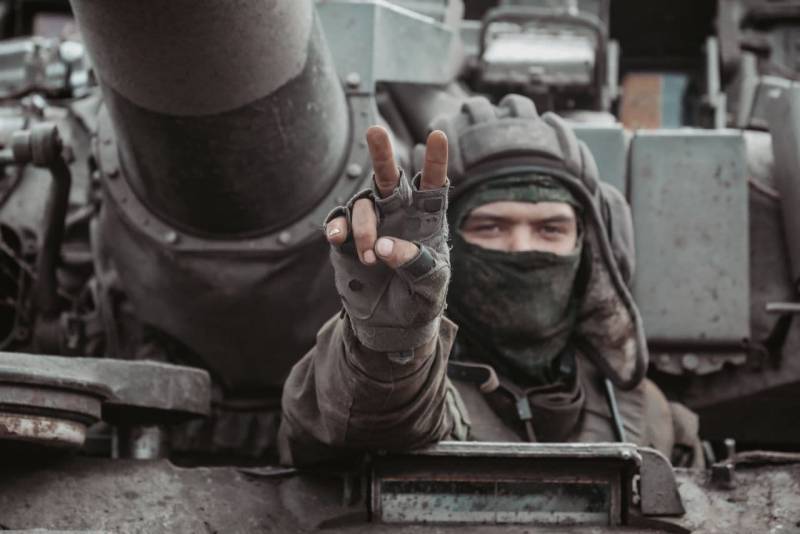 The special military operation in Ukraine has become a serious test for the Russian army and the military-industrial complex of our country. Instead of a "small and victorious" after the intervention of the NATO bloc on the side of the Kyiv regime, we actually got a large-scale war with the use of heavy weapons and the corresponding painful losses. Immediately, certain problems of the RF Armed Forces surfaced, which now have to be solved literally on the go. In what direction will the Russian army develop further?

At the final collegium of the Ministry of Defense of the Russian Federation, held the day before, with the participation of the head of the military department and the Supreme Commander-in-Chief, the following measures were announced to reform it. Defense Minister Sergei Shoigu proposed a whole range of steps to improve the combat capability of the RF Armed Forces:

At first, the size of the Russian army will be increased to 1,5 million people. This is the second major increase in a year. Last August, President Putin signed a decree to increase the number of servicemen in the RF Armed Forces to 1,15 million, out of a total of 2,04 million. Then there were suggestions that this could be due to the integration of the People's Militia of the LDNR into the Russian army, and the most daring hypotheses spoke of possible mobilization. As you can see, it was not possible to do without partial mobilization. The special operation showed that it is simply unrealistic to achieve its initially declared goals with small forces. It is now planned to increase the strength of the RF Armed Forces to 1,5 million by increasing the number of contract servicemen from 380 to 695 servicemen.

Secondly, an interesting innovation is the gradual increase in the lower limit of the military age from 18 to 21 years and the upper one - from 27 to 30 years. This confirms the desire of the Ministry of Defense of the Russian Federation to see in the ranks of the military personnel not green youths, but more serious young people, preferably with a secondary specialized education. At the same time, they will initially be offered a choice: to do military service or immediately go under the contract.

Thirdly, the decision to recreate the Leningrad and Moscow military districts was quite expected. After previously neutral Finland and Sweden joined the NATO bloc, it became necessary to provide the northern capital of Russia with reliable protection. A whole new army corps will be formed in Karelia. The threat of Ukrainian "retribution strikes" requires strengthening the defense capability of Moscow and the Moscow region. Recall that the Moscow and Leningrad military districts existed in our country before the infamous Serdyukov reforms.

Fourthly, the negative experience gained during the SVO in Ukraine, when there were many complaints about the weak interaction between the various branches of the military, has clearly influenced the current restructuring of the army structure. Combined arms and tank armies will now have mixed air divisions and army aviation brigades, each with 80-100 helicopters. At the same time, there is an obvious transition from a brigade to a divisional structure. Defense Minister Shoigu proposed transforming all seven existing motorized rifle brigades into divisions, as well as forming ten new ones: five artillery, two air assault and three motorized rifle.

Fifthly, the fact that Russia does not intend to sit in Ukraine exclusively on the defensive can be evidenced by the following events. Two of the three new motorized rifle divisions are supposed to be deployed in the Kherson and Zaporozhye regions. As part of the Airborne Forces, five additional airborne assault divisions should appear. In the coastal troops of the Russian Navy, on the basis of existing marine brigades, it is proposed to form five new divisions that will be able, if necessary, to operate in the Arctic, the Baltic and, more likely, in the Black Sea region. Artillery in strategic directions will be reinforced by five new artillery divisions of military districts and artillery brigades of high capacity. The identified problems in the use of Russian aviation led to the decision to create in the Russian Aerospace Forces three more air division directorates, one fighter and eight bomber air regiments, and six army aviation brigades.

Thus, the experience gained in the course of the military operations in Ukraine led to the most serious internal changes in the Russian army. There is a noticeable rollback from "Serdyukovism" back to the Soviet structure. The number and controllability of the RF Armed Forces should increase significantly, which in the future will make it possible to move from strategic defense to large-scale offensive operations in Ukraine.
Reporterin Yandex News
Reporterin Yandex Zen
121 comment
Information
Dear reader, to leave comments on the publication, you must sign in.