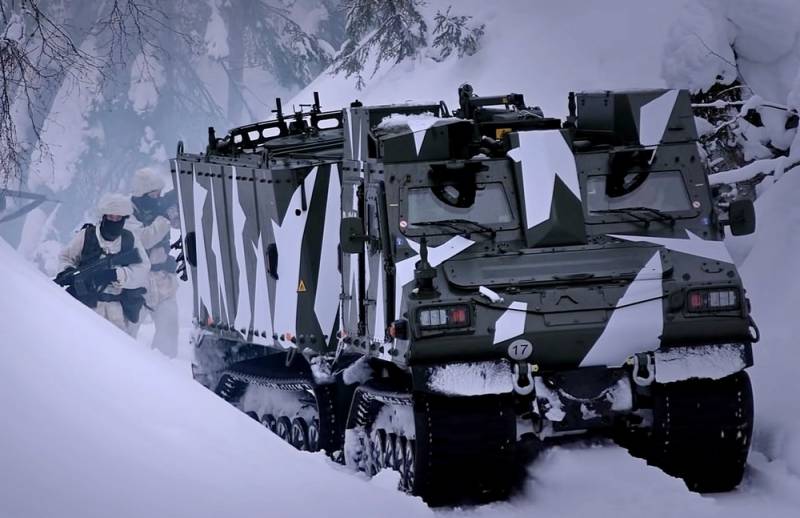 Sweden, Germany and the UK have reached an agreement with BAE Systems Corporation to purchase 436 BvS10 military amphibious off-road vehicles, well-suited to support combat operations in northern and arctic missions. The joint purchase under the CATV (Collaborative All-Terrain Vehicle) program totaled an impressive amount of 760 million US dollars.


BvS10 is an armored amphibious all-terrain vehicle on a rubber-tracked track. Its articulated design provides optimum maneuverability in rough terrain, allowing it to negotiate deep snow, ice, rocks, sand, mud or swamps, and steep mountain slopes. Due to their amphibious characteristics, the vehicles can also navigate in flooded areas or coastal waters. The all-terrain vehicle is adapted for operations in the temperature range from -46°С to +49°С.

As a means of supporting ground forces, BvS10s in different versions and configurations are capable of transporting military personnel and supplies to support strategic, tactical and operational mobility. The 10-ton combat vehicle is designed for 12 people, including 1-2 crew members. The armor provides all-round protection against 7,62 mm bullets. Standard armament - 12,7 mm or 7,62 mm machine gun. The unarmored version of the BvS10 (known as Beowulf) carries up to 14 people or up to 8 tons of cargo.

As part of the acquisition of the three countries, 436 tracked combat vehicles will be delivered from 2024. Of these, 236 BvS10s are to be transferred to the Swedish Defense Materials Administration, 140 to the German Federal Ministry of Defense and 60 to the British Ministry of Defense. The vehicles are based on the latest version of the BvS10 MkIIB currently in service in Sweden and will include options for troop transport, logistics, medevac, rescue and command and control.
- according to a press release from BAE Systems.

The manufacturer also recalled that the portfolio of existing orders for the release of BvS10 allows them to maintain their production for many years. In 2021, the Swedish army, which already has about 150 of these combat vehicles in service, ordered a new batch of 127 SUVs. This year, an additional purchase of 40 more units under a separate contract was added to this - that is, without taking into account the BvS10 share to replenish the Swedish fleet in the new "joint" agreement.

In addition, several dozen BvS10 all-terrain vehicles are in service with the armies of Austria, the Netherlands and France, plus about 100 of these vehicles (under the name Viking) are in the possession of the British Royal Marines.

As part of the new "Arctic strategies", NATO's North American flank will also be seriously replenished with military vehicles adapted for operations in the Far North. In August 2022, the US Army ordered 136 Beowulf vehicles for delivery by 2029. The Canadian Army is currently holding a tender for the purchase of 100 such vehicles with their delivery in 2029-2030, in which the choice of models of the BvS10 family is considered the most preferable.
Reporterin Yandex News
Reporterin Yandex Zen
3 comments
Information
Dear reader, to leave comments on the publication, you must sign in.