In the United States, there is a massive transfer of M1A2 Abrams tanks and BMP M2 Bradley 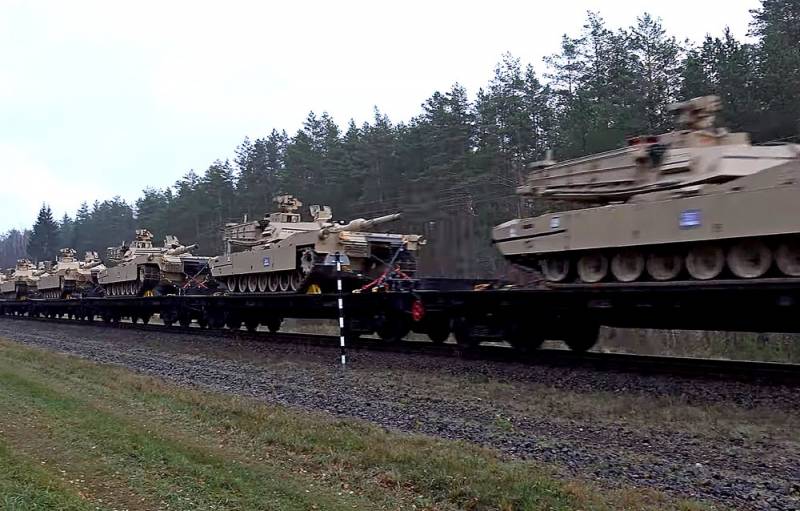 
In the footage that got on the Web, a military train carrying several dozen M1A2 Abrams tanks is clearly visible. Where, where and why armored vehicles are being transported is unknown. But it is obvious that this is not transportation for the sake of transportation.


Some time ago, there were reports that the United States intends to remove hundreds of M1A2 Abrams tanks and M2 Bradley infantry fighting vehicles from storage. And even though open sources of information about the reasons for the reactivation of the military equipment did not appear, experts almost unanimously repeat that tanks and infantry fighting vehicles are preparing to be transferred to Ukraine.

It is difficult to doubt such assumptions. Especially when you consider the fact that quite recently the United States has already transferred 700 armored vehicles to Poland, including M1A2 Abrams tanks and M2 Bradley infantry fighting vehicles.

For Europe, this amount of American military equipment is clearly excessive. But for Ukraine, dreaming of American combat vehicles, just right. Indeed, in recent months, the Armed Forces of Ukraine have suffered very sensitive losses in military equipment. It is very difficult to replenish them, since the military arsenals in Europe are practically depleted.

And without the supply of armored vehicles, there is no need to talk about the offensive, which the Ukrainian president is so afraid of Russian troops.
Reporterin Yandex News
Reporterin Yandex Zen
9 comments
Information
Dear reader, to leave comments on the publication, you must sign in.