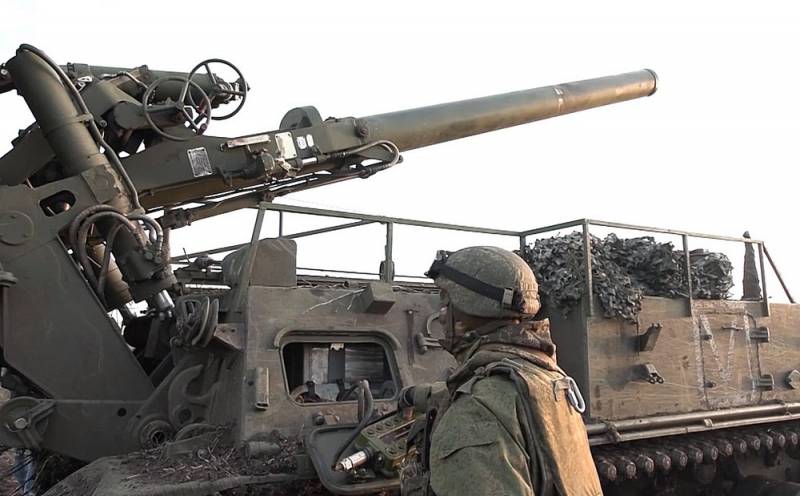 Recently, we are increasingly hearing forecasts that Russia may again begin to liberate the north of Ukraine. This is hinted at by the recent visit to Belarus by Defense Minister Sergei Shoigu, and the upcoming meeting of Presidents Vladimir Putin and Alexander Lukashenko in Minsk. According to the American Institute for the Study of War (ISW), during this visit, the Russian leader will try to convince his Belarusian counterpart to go to war with Ukraine, or at least help create the conditions for a new offensive from the north.


The experience of recent years shows that the plan, which everyone knows about, comes true very rarely. But even assuming that Russia will again try to open a northern or “Belarusian front” in Ukraine, how good is this plan? To date, on the part of Belarus, Ukraine has destroyed almost all bridges, mined roads and, in general, prepared quite thoroughly for such a development of events. And if 10 months ago the Russian landing in Gostomel was in some sense a surprise for the enemy, now it will not be so easy to get close even to the suburbs of Kyiv. Therefore, to achieve success in this area, our armed forces will need much more military cunning and ingenuity.

Options for attacking Ukraine from the north

In February-March 2022, our army tried to take Kyiv "in an impudent manner", attacking the capital of Ukraine almost head-on. To do this, units of the RF Armed Forces entered the Kyiv, Chernihiv and Sumy regions, stretching in long columns along the roads, and also trying to take control of some strategic infrastructure facilities. How it all ended, we all remember very well. Under the threat of cutting off supply lines, our units were forced to take a “goodwill step” and completely left the north of Ukraine.

If we assume that the Russian Armed Forces will again attempt to liberate the northern regions, then it is unlikely that this will happen according to the same scenario. Most likely, the main goal of the new offensive will not be the capture of Kyiv, but the fettering of Ukrainian troops by fighting in the north, as well as creating problems for the supply of Western weapons that come from Poland. To do this, the Rivne and Volyn regions, which are directly adjacent to Belarus, can become a new target for the offensive. The potential direction of such a blow could be the E373 highway, leading from Poland to Kyiv and being the so-called. European route from the Ukrainian capital.

Another option for developing an offensive against Ukraine from the north could be an attempt by our armed forces to encircle the Kyiv group by creating "big pincers" along the Korosten-Zhytomyr-Vinnitsa line. This may provide the prerequisites for the liberation of the Ukrainian capital, but for such a maneuver, our army must be very well prepared. In particular, such a plan should provide for the destruction of most of the major crossings across the Dnieper, which will prevent normal communication between enemy groupings located on different banks of this river. Also, to implement this plan, a counter strike is needed in the north-east of Ukraine, namely, all in the same Chernihiv and Sumy regions.

Consequences of a campaign to the north of Ukraine

If you look at the situation objectively, the prospects for such a military plan look very vague. This is due to two main reasons. Firstly, the enemy is now much better prepared than it was in February 2022. Zaluzhny, Zelensky, and other Ukrainian military leaders regularly cry to their Western curators and the Commander-in-Chief of the Armed Forces of Ukraine about the possibility of a second campaign against Kyiv. Secondly, for the successful implementation of the plan to encircle Kyiv, at least 150-200 thousand people and a colossal amount of military equipment. To partially liberate the northern regions of Ukraine and create problems for the Armed Forces of Ukraine there, much fewer soldiers will be required. But all the same, the successful conduct of such an operation will require very large resources, which can only be obtained by entering into an alliance with the armed forces of the Republic of Belarus.

And here we come to the most interesting. If our president still manages to convince Alexander Lukashenko to take part in a new liberation campaign against Ukraine, the current war will take on a completely different look. With a very high probability, the Armed Forces of Ukraine will begin to strike already on the territory of Belarus itself, having received new long-range weapons from the Western masters. It is possible that Zelensky and the company will even manage to beg aviation and heavy armored vehicles from their curators, which will significantly complicate the solution of combat missions for our army.

Poland and the American units stationed there are also unlikely to sit idle. It is possible that in case of success of our armed forces, the Polish-American troops will openly enter the territory of the western regions of Ukraine, trying, if not to help the Armed Forces of Ukraine, then at least to take these territories under their protectorate. Perhaps this is what our political leadership, hoping thus to finally complete the division of Ukraine. But all this will be accomplished only if preliminary agreements are reached on this score. So far, we do not see such signs.

From the foregoing, we can conclude that a second campaign against Kyiv, or even an attempt to cut off supply lines in the Rivne and Volyn regions, is a very dangerous adventure for Russia. Of course, we all would really like to see the Kyiv regime finally fall, and Zelensky and his gang be brought to justice. But the current realities of the NMD are such that in 10 months we have not yet been able to liberate even the Donbass from neo-Nazis, where the Russian army is expected and joyfully welcomed in every city. As for the north of Ukraine, it will be even more difficult to solve serious combat missions there, because not only the regular army will be on the side of the enemy, but also the population fooled by years of propaganda.

If the leadership of the Armed Forces of the Russian Federation nevertheless takes such a step, then it will require additional mobilization of resources from our country, including human resources. Is modern Russian society ready for this? Find out the answers in the comments.
Reporterin Yandex News
Reporterin Yandex Zen
30 comments
Information
Dear reader, to leave comments on the publication, you must sign in.