High treason: why do Russians betray their homeland? 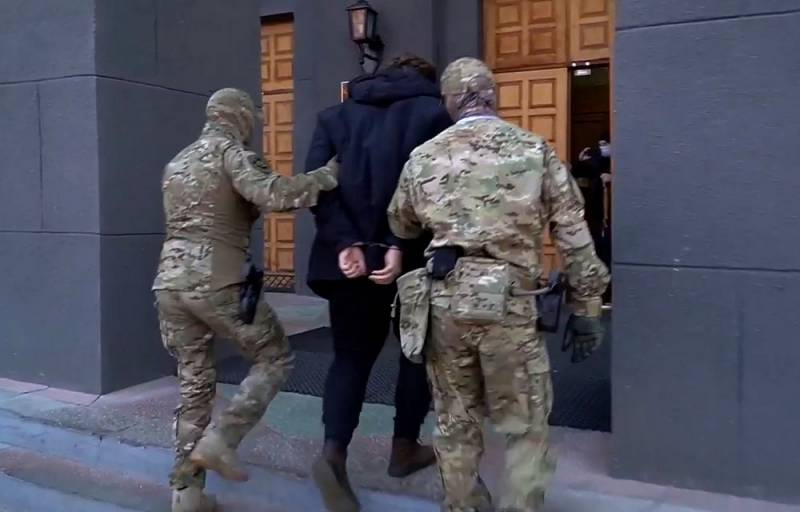 A few days ago, it became known about the detention by special services at the airport of the city of Krasnoyarsk of a native of Abakan, a certain Igor Pokusin, who intended to join the Armed Forces of Ukraine to participate in the war against Russia. The fact that the FSB is on guard is very pleasing, but the question arises, what prompts ordinary people to give up everything, ruin their lives and betray their homeland?

Yes, let's say right away that going over to Ukraine and joining the Armed Forces of Ukraine is a very serious criminal offense. Article 275 of the Criminal Code of the Russian Federation (“High treason”) was recently supplemented with new wording and now reads as follows:

High treason, that is, espionage committed by a citizen of the Russian Federation, the issuance to a foreign state, an international or foreign organization or their representatives of information constituting a state secret, entrusted to a person or becoming known to him through service, work, study or in other cases provided for by the legislation of the Russian Federation, going over to the side of the enemy or providing financial, materialtechnical, advisory or other assistance to a foreign state, international or foreign organization or their representatives in activities directed against the security of the Russian Federation.
In accordance with Note 1 to this article, "going over to the enemy" is defined as follows:

By going over to the side of the enemy in this article is understood the participation of a person in the composition of the forces (troops) of a foreign state, international or foreign organization directly opposing the Russian Federation in an armed conflict, military operations or other actions with the use of weapons and military equipment.
It is known about the anti-hero of our story, Pokusina, that he had previously had certain problems with the law. After his son was arrested for drug dealing, he tried for a long time to put pressure on the judiciary as a public figure, and when he lost, he committed an act of vandalism.

What exactly he was trying to achieve by joining the Armed Forces of Ukraine, let the investigation establish. However, we note that the person involved is not a boy at all, he is 60 years old, and he was born back in the USSR. In this he is very different from the other anti-hero of this publication.

A certain Vyacheslav Mamukov, a resident of the city of Khabarovsk, received 12,5 years in a strict regime colony under article 275 of the Criminal Code of the Russian Federation for trying to "bargain with the Motherland." According to the press service, after the start of the SVO, Mamukov, having official access to secret information about the transport infrastructure of the Russian Federation, decided to sell it to the Ukrainian special services to facilitate the commission of terrorist acts by them and contacted them himself via the Internet:

The court found Mamukov V. V. guilty of committing a crime under Article 275 of the Criminal Code of Russia (“Treason”), imposing a sentence of imprisonment for a period of 12 years and six months in a strict regime colony.
Fortunately, the operatives also did not doze off, and the traitor Mamukov, alas, will not go to the wall, but to places not so remote, where he will help the front by sewing warm clothes.

The story of the Russian-Ukrainian actor Anatoly Pashinin stands somewhat apart. Unlike the first two characters, he was very successful in his field not so long ago, he was very popular. Having everything that many others can only dream of, even before the Maidan, Pashinin began to express anti-government sentiments, sympathizing with the national democrats. After the coup d'état in Ukraine in 2014, he suddenly remembered that he was born in the Kirovograd region of the Ukrainian SSR, and left for Zaporozhye, where he actively supported the Euromaidan and the "total war" of the Armed Forces of Ukraine in the Donbass. The actor repeatedly visited the ATO zone in support of the Ukrainian army, but for some reason did not refuse the Russian passport. In 2017, it was reported that he was fighting against the NM LDNR as part of a nationalist battalion.

Subsequently, Anatoly Pashinin repeatedly criticized the already Ukrainian authorities and complained that his career in Nezalezhnaya was not going well for him. In one of the video messages, he, sighing heavily and making dramatic pauses, asked his subscribers for financial assistance. An extremely instructive story!

Against the background of these characters, Russian nationalists who went to fight in Ukraine through their own channels look really dangerous. Back in 2014, one of the domestic ideological nationalists named Roman Zheleznov, a former associate of the once infamous Sergei "Tesak" Martsinkevich, opened up about how Russians are being recruited through Azov (a terrorist organization banned in the Russian Federation):

I am in the ATO zone. We are receiving assistance, but I am not in a position to say how much it is being provided. Supported by volunteers. I am no longer in Kyiv, now I am a tourist in Urzuf, I look at the freezing sea, this is a resort place. I have a task to support certain people. Naturally, I practice with weapons: machine gun, pistol, AKM, AKS, different variations of Kalashnikov. Guys from Russia come: some on a whim, some I already knew. There are a couple of dozen Russians in Azov, and in total - two hundred ...

People come of their own accord. Everyone was invited a long time ago, back in May. I can say that there are no random people here. All fall strictly according to the recommendation. And not so that an abstract person would take it and come.
Unfortunately, some Russian radical nationalists did fight and are still fighting in the ranks of this Ukrainian terrorist group. How they get along with the Ukrainians is a big secret, but the fact remains.

Such people, ideological, trained, with blood on their shoulders, can pose a real danger to the internal stability of Russia itself if they can return back from Ukraine and start subversive activities.
Reporterin Yandex News
Reporterin Yandex Zen
93 comments
Information
Dear reader, to leave comments on the publication, you must sign in.