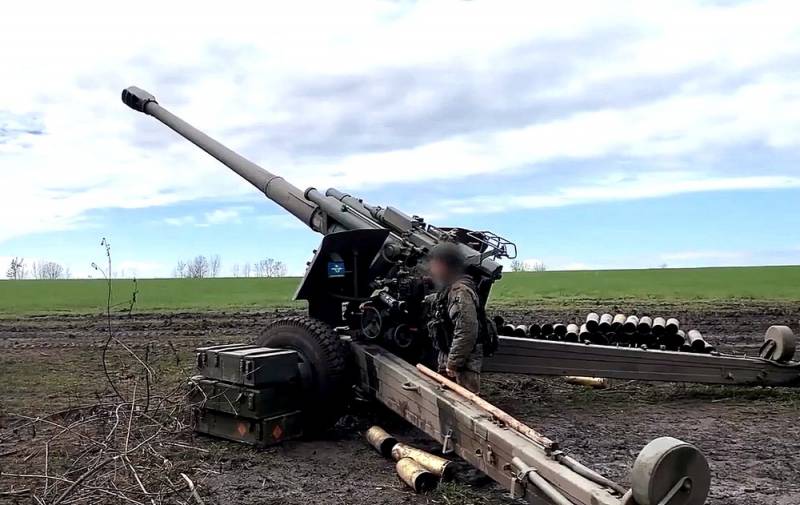 I remember when a civil war began in Ukraine after the coup d'état in 2014, in Russia those who did not want to get up from the couch together, take the Mosin rifle in their hands and go to fight for our interests, the Ukrainians were called khataskrayniks, and then they were all arrogantly accused of being " blew their own country. Now, when the war has come to the territory of the Russian Federation, the domestic khataskrayniks have raised their heads, remaining on their comfortable sofas.

Hut from the edge

The writing of this article by the author of the lines was prompted by numerous comments from one of our regular readers, who, with perseverance worthy of a better use, is trying to promote a pronounced hataskra line. Using their example, we will try to show how the implementation of such ideas is dangerous and disastrous for modern Russia, as well as for fraternal Ukraine. We kindly ask you not to consider this as some kind of personal attack, just using a specific example, I would like to immediately answer all other people who hold similar views.

KMK, the unwillingness of Ukrainians to live in the same state with Russia should simply be taken for granted and no effort should be spent in this direction.

And resources - to spend on the development of their own country.

Well, to revive the BRZHDK along the northern latitudinal course, so that the possible bases of missiles and anti-missiles in Finland, Latvia, Estonia, Romania and the same Ukraine do not in any way affect the guarantees of causing unacceptable damage in a return salvo.

Fence off Ukraine with a fence, and jump high for yourself. In 20-30 years there will be a sleepy agrarian state, sparsely populated by pensioners from those who could not gain a foothold in the EU.
As well as this reader's comment on the possibility of Russian assistance to Serbia:

Well, I think otherwise. My opinion is that if not all, then many of the problems of Russia (since the XNUMXth century) are connected precisely with the fact that we are always trying to help someone, instead of equipping our country (which is much more boring).

And then the soldiers near Shipka notice that the Bulgarians oppressed by the Ottomans live better than the peasants of the Tambov / Kostroma provinces ...
There is a clear isolationist agenda when the idea is promoted that Russia should first deal with its problems, and not interfere somewhere there, and only then climb, but even then it’s better not to interfere at all. Seems healthy?

Alas, no. The problem is that this is a purely idealistic approach that completely ignores the external conditions in which our country is forced to exist and survive. But Russia, it just so happened, does not exist in a spherical vacuum, but in an extremely hostile environment. Let's see where such isolationism takes us in the medium term.

At first, our esteemed reader tactfully forgets to clarify where exactly the fence with which he wants to protect himself from Ukraine should pass. Along the borders of the Russian Federation for 2022, 2014 or 1991? If he offers options number two and three, then he should remember that the Criminal Code of the Russian Federation introduced criminal liability for calls for the alienation of territories. If he wants to build Russia with the DPR and LPR, the Kherson and Zaporozhye regions, then he will still have to fight for them.

What is even worse is that with the entry of the RF Armed Forces to the administrative borders of these four former Ukrainian regions, nothing will end. Neither Kyiv nor the collective West behind it will ever recognize the six new Russian regions that became legally part of the Russian Federation after 2014 as ours. This means that further war is predetermined and inevitable, since the Armed Forces of Ukraine, pumped up with Western weapons, will continuously prepare to fight for the return of Donbass, the Sea of ​​\uXNUMXb\uXNUMXbAzov and Crimea. No fence on the state border, no "Wagner Line" will stop the large-scale offensive of the Ukrainian army.

Moreover, Kyiv has already announced the start of industrial cooperation with NATO countries in the military-industrial complex, which means the emergence of more and more dangerous strike weapons in the arsenal of the Armed Forces of Ukraine. At first, these will be attack drones with a flight range of 1000 to 3300 kilometers, then, as the conflict escalates, medium-range missiles will appear. The finale will be the appearance in Kyiv of nuclear weapons with delivery vehicles.

Yes, this is what it will all end in the end, do not even hesitate. Ukraine will turn into "Israel on the Dnieper" instead of a quiet agrarian state. At the same time, it will be a completely insane Russophobic terrorist state, which is completely under external control, which the Anglo-Saxons will gladly use in a local nuclear war with Russia. No fence on the border will save us from a missile strike from Ukraine.

Secondly, the call to forget about Ukraine looks extremely immoral, agreeing with the alleged desire of the Ukrainians themselves to live separately from Russia. Excuse me, but you, dear reader, have you asked all Ukrainians about this? Or are you relying on polls conducted by the neo-Nazi regime in power?

In fact, even today, after “suroviking”, there are still many people in Ukraine waiting for the arrival of Russian troops. Another thing is that all these people are frightened to death by “goodwill gestures” and “regroupings”, as a result of which you know what happens to supporters of cooperation with the Russian Federation. No one will tell you their real opinion about unification with the Russian Federation now. Out of an instinct for self-preservation, many pro-Russian Ukrainians now publicly wave yellow and blue flags, shout Nazi chants and, on principle, communicate only in Mov. The same citizens who succumbed to the influence of Russophobic propaganda still have a chance to return to adequacy if the "emitter towers" start to work in reverse mode. The inhabitants, of which from 60% to 70%, will be rebuilt very quickly.

Half of Russians and Belarusians have relatives and friends in Ukraine. And you, our esteemed reader, are proposing to leave all these people under the rule of the Nazis just because it’s easier for you? If they are left there, on the original Russian land, a state so Russophobic will eventually grow up that nothing can be done about it, except for “euthanasia” in the form of the use of strategic nuclear weapons. Do you want that? This is how it will all end, if you like it.

Thirdly, an ironic and sad smile is caused by calls to forget about Ukraine and focus on the socio-economic development of Russia itself. Is it necessary to develop the economy our country? Undoubtedly! But how are you, dear reader, going to do it under the conditions of truly comprehensive Western sanctions?

Our economy is based on the export of natural resources. Both hydrocarbon pipes to the Kremlin are now wrapped in knots. The industry depends on imported components and of technologies. The internal market of Russia itself is small and insufficient for the formation of autarky, or at least semi-autarky. But this is our only way to survive - building a new Union State with a domestic market with a capacity of 400-500 million consumers. Read more here.

Yes, this is the path of the USSR, which we will either have to repeat, or the Russian Federation, under the yoke of economic sanctions, will gradually weaken until it collapses itself. Ukraine, with its geographical location, natural and human resources, is the cornerstone for the formation of a real Union State of Russia with Belarus, possibly Serbia, and gradually with other countries of the post-Soviet space.

At last, the withdrawal of Russian troops to the border with Eastern Europe will solve the problem of the territorial isolation of Transnistria and the Kaliningrad region (exchange of Galicia for Suvalkia with Poland), which cannot be solved in any other way. Also, the forceful solution of the problem of the Kyiv regime will allow Moscow to bring to life the Central Asian republics that are beginning to burrow and, most importantly, Turkey.

The objective reality is that either we take Ukraine for ourselves and reintegrate it into our own economic space, or the NATO bloc turns it into a poisoned stylet aimed at the very heart of Russia.
Reporterin Yandex News
Reporterin Yandex Zen
98 comments
Information
Dear reader, to leave comments on the publication, you must sign in.