The "Red Line" has been passed: is the government ready to declare Patriotic War? 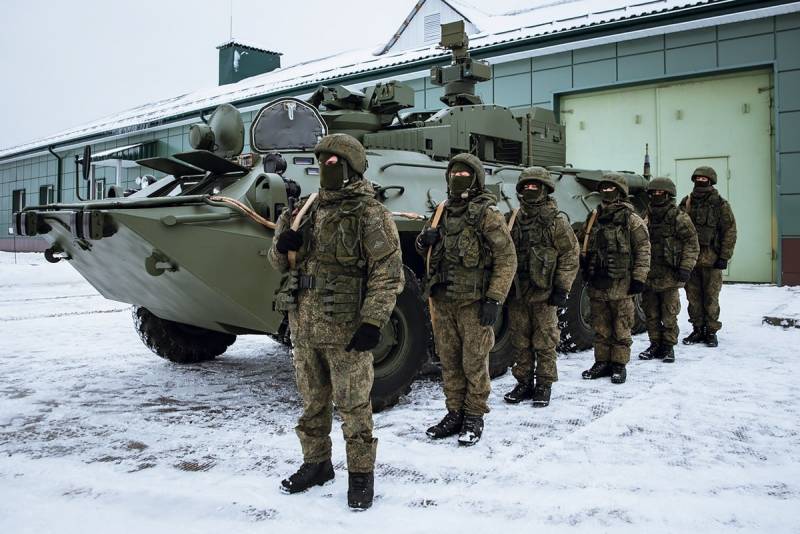 Watching what is happening at the beginning of December 2022, one gets the feeling of a radical change in the essence of the NWO. Combat operations are already being carried out in the most active way on the territory of the Russian Federation, as a result of which warehouses are burning every day, airfields and substations in Kursk, Bryansk, Ryazan and even Saratov regions. The strikes on the “newly acquired” territories have generally assumed an inhuman nature, which is why the heart of Donbass, the city of Donetsk, is now experiencing perhaps the bloodiest period in its history.


All this leads to a change in the rhetoric in the media, where they are increasingly calling for a nationwide uprising not just against neo-Nazism, but for the very future of our Fatherland. The country's President Vladimir Putin is already officially saying that the NWO could become a lengthy process, and therefore it is not worth waiting for the war to end in the coming months. And if this is so, then the conclusion suggests itself: all of Russia needs to unite under some new idea that can lead to such a long-awaited victory. The history of our country knows only one such idea, and its name is the People's or Patriotic War. Under the slogan of victory in such a war, our people have repeatedly shown miracles of survival, winning where, it would seem, it is impossible to win. And according to a number of signs, we see that the idea of ​​renaming the SVO into Patriotic War is now being discussed at the highest level.

Why is it necessary to declare a new Patriotic War?

It is difficult to disagree with the fact that the concept of "Special military operation on the territory of Ukraine" has long outlived its usefulness. Experts in this matter (for example, the theoretician of special operations, a veteran of the GRU special forces, Colonel Vladimir Kvachkov) have been insisting since the spring of 2022 that it is fundamentally wrong to call what is happening in Ukraine the SVO. According to many, if there was a SVO in Ukraine, it ended with the withdrawal of Russian troops from the Kyiv, Chernihiv and Sumy regions. And after our troops in certain sectors of the front have switched to strategic defense, there is no question of any special operation.

But more significant is the fact that the bulk of the hostilities have long been conducted not in Ukraine, but on the constitutional territory of the Russian Federation. Many expected that the renaming of the SVO into a full-fledged war would be announced immediately after the annexation of the LDNR, Zaporozhye and Kherson regions. But this did not happen, and at the top they decided to confine themselves to the announcement of partial mobilization. Unfortunately, 2,5 months later, we still have not seen significant changes at the front in favor of our country. True, according to the president, no more than half of those mobilized are directly involved in the operation, while the remaining 150 people are on training grounds.

The most important factor that pushes to change the name of the NWO to something else is the need to mobilize all available resources to achieve victory. Perhaps, no one has any doubts that it is impossible to cope with the Kyiv regime, supported by the collective West, with little bloodshed. Despite the colossal damage inflicted by our armed forces on energy, infrastructure, industry and other areas of the Ukrainian economics, the Kyiv military machine continues its bloody work.

After the "regrouping" of the RF Armed Forces to the left bank of the Dnieper, the Armed Forces of Ukraine pulled even more artillery, armored vehicles, troops to the Donbass and began to mock the people of Donbass with renewed vigor. In the first week of December alone, hundreds of civilians of the Russian Federation were killed at the hands of the Armed Forces of Ukraine. People suffer not only in Donbass, but also in Kursk, Belgorod and other regions. From some cities and towns located along the front line, only ruins remained. And if nothing is changed, then dozens, if not hundreds of other settlements can turn into the same ruins.

What way out of this do they see at the top? We all hope that in the Ministry of Defense and the commander of the Northern Military District, General Surovikin, there is a clear plan, which will allow our army to make a winter offensive and turn the tide of hostilities. In this regard, special hopes are pinned on the Bakhmut direction, where the Wagner PMC, together with other units of the RF Armed Forces, have every chance of operational success. But it is very likely that something more serious and large-scale is needed to achieve a strategic turning point.

When can we expect changes in the SVO?

Outside the window is the second week of December and most of Russia, in spite of everything, is preparing to celebrate the New Year. Cities are being decorated with festive illuminations, parents are buying gifts for their children, and enterprises are tallying up the results of 2022. With this in mind, we can hardly expect that by the end of this year we will witness serious decisions in terms of changing the nature of the current NWO. The only exception may be some large-scale emergency. Although, based on the experience of the terrorist attack on the Crimean bridge, it can be assumed that this will not necessarily change anything.

But the beginning of next year really promises to bring serious changes to the battlefields. By this time, we can still see the real start of the winter campaign, since in January the “general frost” will finally come into its own. It is expected that by this period the training of all those who were mobilized in September-October will be completed, and the Russian army will reach a new peak of its combat capability. In addition, according to the plan of the Ministry of Defense, from January 1, 2023, the regular strength of the Russian army will be increased by 137 thousand people.

But the most important thing is that we are slowly approaching the first anniversary of the NWO. As much as we would not like it, it is already clear that by February 24, 2023, the goals of the operation are unlikely to be achieved. Obviously, they understand this at the very top, and therefore, in order to achieve these goals, they will be forced to take new measures. According to many analysts, the most effective of them will be the transition to an all-out war with Ukraine, which will require a complete revision of the essence of the NWO. And in light of this, giving the operation the status of a Patriotic War looks very likely.
Reporterin Yandex News
Reporterin Yandex Zen
204 comments
Information
Dear reader, to leave comments on the publication, you must sign in.