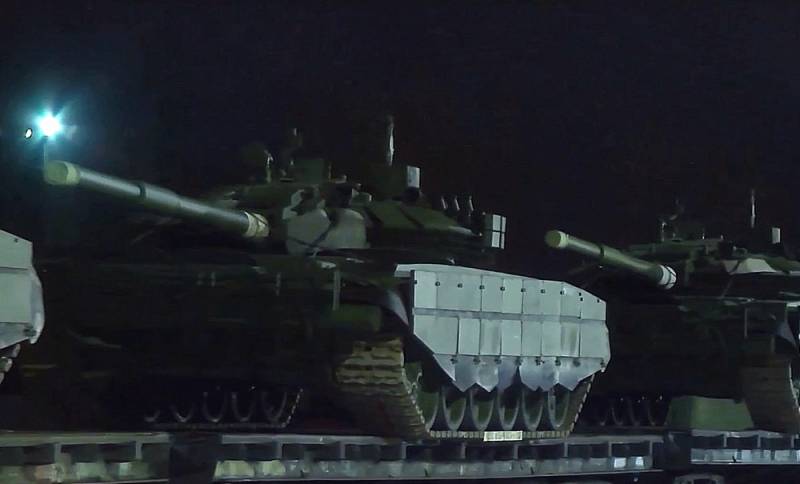 The new T-72B3M tanks, which have recently left the Uralvagonzavod workshops, are equipped with improved protection. As Military Watch Magazine noted, a number of armor elements are made according to the patterns of more modern T-90Ms.


The new upgrade package, which was seen on the new batch of T-72B3, significantly increased the level of protection of the tank. The biggest changes were made to the side armor with track protection. Visually noticeable is also the presence of a lattice under the tank turret and new guides for smoke grenades. In general, the appearance of the tank, which, according to MW, will be called the T-72B4 or T-72B3M2, has become closer to the T-90M.

It is obvious that the changes in the design were made on the basis of experience gained during the special operation. Additional protection will significantly increase the survivability of the T-72B3M in battles on the line of contact.


At the same time, MW doubts the effectiveness of improvements against Javelin missiles. It is possible to ensure a high degree of crew protection in the event of an attack by American anti-tank weapons if the tank ammunition is isolated from tankers, as is done on the T-90M.

If the upgrade package proves to be effective, then Russia will be able to quickly install it on more than a thousand T-72 tanks. Approximate in characteristics to the T-90M, such combat vehicles will provide an advantage on the battlefield in the NVO zone.
Reporterin Yandex News
Reporterin Yandex Zen
18 comments
Information
Dear reader, to leave comments on the publication, you must sign in.