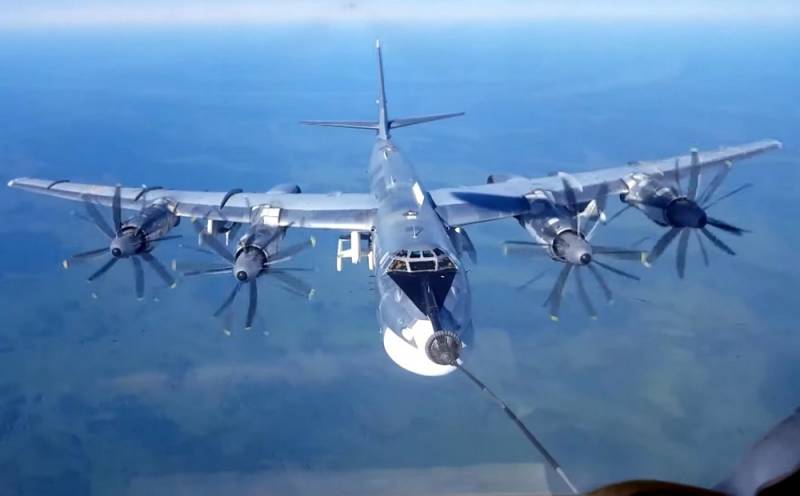 The air attacks of the Armed Forces of Ukraine on the base airfields of Russian long-range aviation that took place yesterday can no longer be called simply an "alarm bell". This is a real "black mark", directed by the Anglo-Saxon elites personally to Vladimir Putin.


The day before, on December 5, 2022, on the day when the price ceiling for oil from the Russian Federation came into effect, two Russian military air bases were attacked - in Engels and Dyagilevo. In Engels, by the way, Tu-95MS and Tu-160 strategic bombers are based, which are carriers of nuclear weapons and an integral part of the "nuclear triad". Ukrainian UAVs flying at low altitude were shot down by air defense systems of air bases, however, several aircraft were damaged, three were killed and four of our technical staff were wounded. According to the Ministry of Defense of the Russian Federation, the Ukrainian Armed Forces are behind the attack, while Soviet-made drones were used.

What conclusions can we draw from what happened?

First of all, we have to admit that Kyiv has already acquired its “far hand”. According to the well-known military correspondent Alexander Kots, the Armed Forces of Ukraine used the Tu-141 UAV, which allowed him to ask a reasonable question:

Stealth mastered in the USSRTechnology long before it became a fashion trend?
The irony is understandable, since the Swifts are outdated operational-tactical unmanned reconnaissance vehicles still of Soviet production. It does not smell of any "stealth" and other "nano" technologies, which did not prevent the Tu-141 from easily traveling 650 kilometers over Russian territory. Three unfavorable conclusions can be drawn from this at once:

At first, there is no layered air defense system over the entire territory of Russia and cannot be, by definition. Moscow is considered to be truly reliably covered from the air. To what extent this idea corresponds to the truth, we will probably soon find out.

Secondly, the Ukrainian Swifts could pass like a knife through butter over our country only with the help of target designation data provided by American satellite systems. This automatically makes the United States involved in the attack on the facilities of the Russian nuclear triad. This is a direct challenge to the Kremlin and Putin personally and a pretext for nuclear war.

Thirdly, now the entire European part of Russia is in the zone of destruction of the Armed Forces of Ukraine, since the flight range of the Tu-141 reaches 1000 kilometers.

In other words, the Kyiv regime has already acquired its own "far arm", which can hit targets deep in Russian territory. Ukrainian radicals openly declare that now they will start hitting Moscow and the Kremlin. In particular, extremist political scientist Yuri Romanenko published a note with the following content:

Now Ukraine can strike at critical infrastructure in Russia itself. For example, in Moscow. Imagine how nice it will be for Muscovites to be without light and heat at minus 15. How many support the war in Russia? 75%. Well, let them get acquainted with the price of supporting the war. So let's drink to the fact that the Armed Forces of Ukraine inflict as many blows on the territory of Russia as possible and as many Russians as possible feel all the delights of the war they love so much.
A separate question - how did the reconnaissance "Swift" suddenly turn into a shock? In fact, it was clear for a long time that this was the case. Remember that story when the Ukrainian Tu-141 accidentally flew into Croatia? So, after examining a drone that fell near Zagreb, traces of explosives were found in it, as the Minister of Defense of Croatia, Mario Banojic, said:

We found bomb parts.
That is, Nezalezhnaya now has its own analogue of Geranium. Almost simultaneously with the attack on Russian airfields in Kyiv, they reported the successful development of a strike UAV with a long range. Unfortunately, we will soon find out what will actually be collected in Ukraine.

Even worse, yesterday's events have shown that it is not fashionable to learn from one's mistakes these days. So, at the beginning of August 2022, explosions occurred at the military airfield of the Naval Aviation of the Russian Navy in the village of Novofedorovka in Crimea, as a result of which several combat aircraft were damaged and Russian servicemen were killed. Before that, satellite photographs of the airfield made by the American company Maxar got into the public domain. The fact that the explosions were the work of the Ukrainian special services was immediately posted on the social network by Deputy Prime Minister Irina Vereshchuk:

Today's explosions in Novofedorivka are yet another reminder of whose Crimea belongs. Because this is Ukraine!
Be that as it may, if the planes in the Crimea were protected by caponiers, the scale of the disaster could be much less.

It is simply amazing, but in the tenth month of the military special operation in Ukraine, a few Russian strategic bombers peacefully stood side by side, wing to wing, literally begging for a preventive strike on the airfield, which would immediately turn our nuclear triad into a dyad. New aircraft of this class are yet to be produced. No protective caponiers for you, no advance dispersal of precious missile carriers! Now we are glad that the Kh-22 missile, which was on the suspension of the Tu-3M32 bomber, did not detonate as a result of an attack by a Ukrainian UAV, otherwise the scale of destruction would have been incomparably greater than now. It was just luck.

Even in Syria, at the Shayrat airbase, ancient Soviet fighters were covered with concrete caponiers, which came in handy during the massive American missile attack on this military airfield in 2017. Why do we stubbornly refuse to learn from mistakes? How much can you hope for maybe? This is the tenth month of the proxy war with the entire NATO bloc!
Reporterin Yandex News
Reporterin Yandex Zen
54 comments
Information
Dear reader, to leave comments on the publication, you must sign in.