"Lancets" easily crack down on Ukrainian air defense: a new selection of strikes 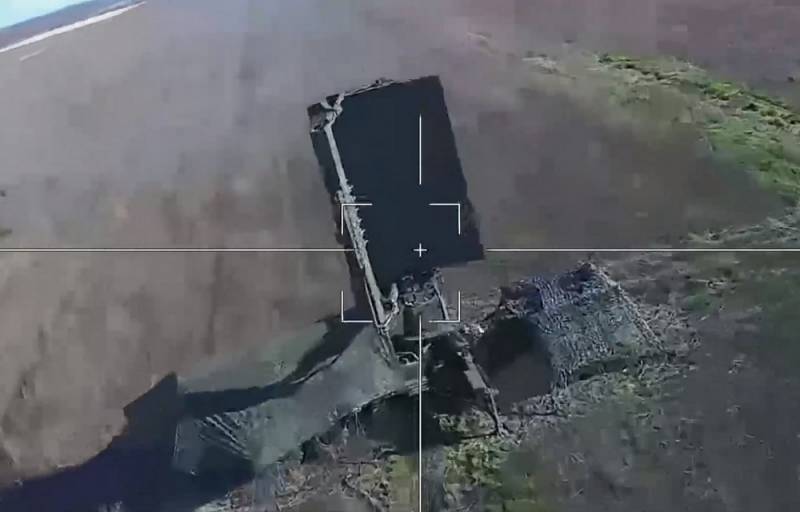 Another video of the use of the Lancet UAV against enemy air defenses, obtained using objective control means, has appeared on the Web.


The first arrival of the UAV damaged the two-coordinate radar station P-18 "Terek". This technique has been in service with Ukraine since the Soviet era and should detect and conduct air targets. But the Lancet could not detect the radar in a timely manner.

The second shown UAV attack struck a more complex three-coordinate radar station ST-68. This radar towed by KrAZ tractors is designed to detect and track low-altitude targets, including in the presence of interference and adverse weather conditions.

Two more strikes were made by kamikaze drones from the Kalashnikov concern on the launcher of the S-300 anti-aircraft missile system. The video shows how the operator directed loitering projectiles at one of the vehicles in the moving convoy of Ukrainian Armed Forces equipment.


Recently, the intensity of the use of besploniks has decreased. This is due to the lower efficiency of their use at negative temperatures. Cases of inexpensive Lancet or Geranium UAVs are made of frost-sensitive plastic.
Reporterin Yandex News
Reporterin Yandex Zen
5 comments
Information
Dear reader, to leave comments on the publication, you must sign in.