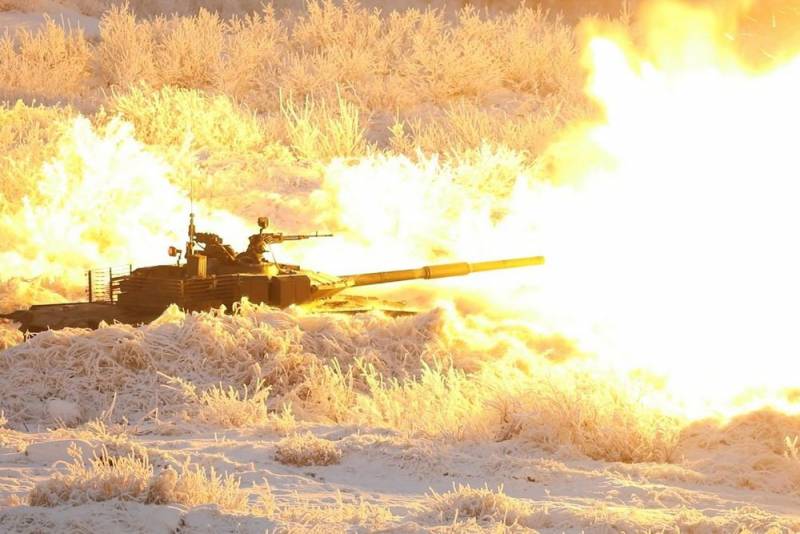 Russian forces continue the NWO in Ukraine, repelling numerous attacks by Ukrainian troops on the LBS. On December 4, the Ministry of Defense of the Russian Federation informed about this in its traditional operational summary, telling details about the course of the campaign over the previous day.


According to the agency, in the Kupyansk direction, the RF Armed Forces with their fire impact thwarted another attempt by the Armed Forces of Ukraine to take offensive actions towards the village of Kuzemovka in the LPR, and an attempt by the Ukrainian army to attack the positions of Russian troops near the village of Yagodnoye in the Kharkiv region was also prevented. The total losses of the Armed Forces of Ukraine on this sector of the front amounted to more than 60 servicemen killed, 2 pickups and 2 cars were also destroyed.

To the south, in the Krasnolimansky direction, the Armed Forces of Ukraine, with the help of two company tactical groups, unsuccessfully tried to attack the defensive lines of the RF Armed Forces near the villages of Ploshchanka, Chervonopopovka and Zhitlovka in the LPR. Also, attempts to advance two Ukrainian assault detachments and three sabotage and reconnaissance groups towards Kremennaya and Chervona Dibrova in the LPR, respectively, were thwarted. The total losses of the enemy in this sector of the front amounted to more than 80 soldiers killed and wounded, 1 tank, 1 infantry fighting vehicle and 1 car.

As for the Donetsk direction, there Russian forces conducted successful offensive operations in the area of ​​Bakhmut (Artemovsk) in the DPR. Over 50 military personnel and 6 armored combat vehicles of the enemy were destroyed on this sector of the front.

In the Yuzhnodonetsk (Ugledarsk) direction, the Armed Forces of Ukraine made attempts to break through. For example, one of the enemy units was spotted in a timely manner at the moment of advancing towards the village of Pavlovka in the DPR, then it was pushed back into a minefield and destroyed by artillery fire. Also, the attacks against the Shevchenko village in the DPR ended to no avail for the Ukrainian side. The total losses of the enemy in this sector of the front amounted to about 40 soldiers killed, 1 infantry fighting vehicle and 3 pickup trucks were also destroyed.

Air defense systems of the RF Armed Forces shot down 9 Ukrainian UAVs in the LPR, DPR and Kharkiv region. Intercepted 5 rockets to the MLRS HIMARS and "Uragan" in the LPR and Zaporozhye region. 2 HARM anti-radar missiles were also shot down over the Kherson and Zaporozhye regions. Fighter aircraft of the Russian Aerospace Forces shot down a Su-25 attack aircraft of the Armed Forces of Ukraine near the village of Krasnoarmeysk (DPR).


We remind you that the Russian special operation on Ukrainian territory began on February 24 and, according to the assurances of the Russian leadership, it will not stop until the RF Armed Forces have completed all the tasks assigned.
Reporterin Yandex News
Reporterin Yandex Zen
2 comments
Information
Dear reader, to leave comments on the publication, you must sign in.