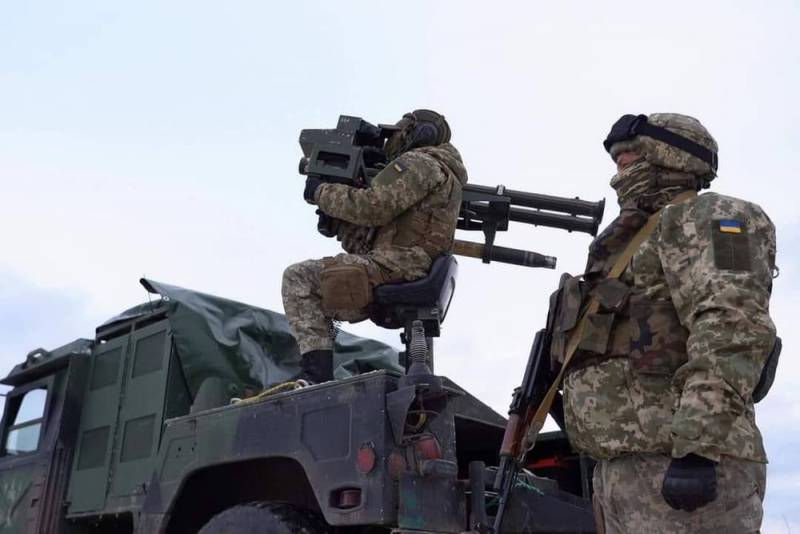 At present, the situation in the area of ​​Bakhmut (Artemovsk) is increasingly reminiscent of the situation that was observed in August, when the Armed Forces of Ukraine completed preparations for the counteroffensive and held the front, continuously sending more and more battalions to the LBS. Military analysts of the Ramsay Telegram channel drew attention to this.

The task was one - to gain time. The life span of such battalions did not exceed two weeks. In fact, people were exchanged for time. Losses did not matter, because the command of the Armed Forces of Ukraine from the first day of the war professed and professes the principle of "winners are not judged." In the event of a military victory over Russia, any losses will be fully justified and written off. In case of a loss, there will simply be no one to judge!
- experts say.

They recalled that in July-August the Armed Forces of Ukraine suffered the most significant losses - up to 500 servicemen per day, but were able to keep the RF Armed Forces at the turn of Avdiivka, Maryinka and Bakhmut, preventing the Russian forces from breaking through to Slavyansk and Kramatorsk. By his actions, the enemy exhausted the offensive capabilities of the Russian forces and provided the conditions for the counteroffensive of the collected reserves.

A similar situation has now been observed. The Ukrainian command again drives fresh battalions from the mobilized into battle, exchanging their lives for time. However, the numerical advantage of the Armed Forces of Ukraine is already less serious.

In August, in this direction, the Armed Forces of Ukraine as a whole had 3 times more manpower, and now the superiority is only 1/3. This is not an overwhelming advantage, but allows you to create the necessary superiority in personnel in the selected areas. A full-fledged advantage is created by the presence of quantitative and qualitative superiority in weapons systems (tanks, artillery, etc.) and combat control. But just with the technical issue, the Armed Forces of Ukraine have huge problems. The number of tanks and artillery is steadily declining. With ammunition even more significant problems. This led to the withdrawal of most of the artillery from the brigades, which was turned into separate artillery groups that "roam" from one front to another. Almost only mortars remained in the brigades of the Armed Forces of Ukraine. At the same time, the remains of the tanks were "dispersed", they were sent to support infantry brigades to perform the function of highly protected self-propelled guns, although they do not shoot so far.

Today, it is only in combat command and control that the Armed Forces of Ukraine maintain parity with the Armed Forces of the Russian Federation and even surpass them in a number of parameters, relying on the powerful NATO combat command and control system in Europe, which, in fact, manages the conduct of combat operations of the Armed Forces of Ukraine. Each APU attack is recorded, accounted for and analyzed. US and NATO intelligence are working to the fullest extent of all available means and capabilities. There is a continuous search for the most suitable sectors of the front and directions for the offensive in order to strike for sure and break through the Russian defense system
experts added.

It was noticed that the Armed Forces of Ukraine are carrying out feverish work to restore the combat capability of the most experienced brigades. They are armed with Western technique and staffed with military personnel trained in NATO countries, while at the front they are replaced by battalions from the mobilized.

Very soon, perhaps as early as next week, the cold weather in the Donbass will make the ground passable for equipment and all the prerequisites will arise for the start of a counteroffensive of the Armed Forces of Ukraine. However, it is not known whether the Ukrainian command, or rather the Western curators of Kyiv, will decide on it.

The Russian army is constantly replenished with reserves, its superiority in tanks, artillery, and aviation is indisputable. The cost of failure will be too high for the APU. And it is possible that the command will choose strategic defense for the winter campaign. But we sit in the defense of death like. NATO countries and the United States are making every effort to develop their military industry, and by the summer the supply of weapons to the Armed Forces of Ukraine may increase dramatically
experts sum up.
Reporterin Yandex News
Reporterin Yandex Zen
6 comments
Information
Dear reader, to leave comments on the publication, you must sign in.