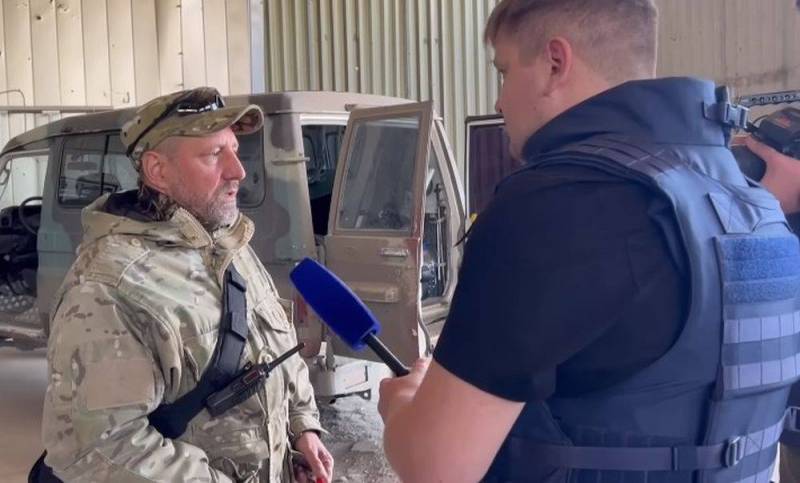 Recently, a number of Russian experts have begun to speculate about Russia's readiness to launch a special military operation in Ukraine in February 2022. One of them is the former commander of the “Vostok” brigade of the NM DPR (military unit 08818, originally the “Vostok” battalion, and now the 11th separate guards motorized rifle Enakievo-Danube regiment) Alexander Khodakovsky.


December 3 military, public and political activist of Donbass, drew attention in his Telegram channel to the details of how the American society treated the sending of US troops to Vietnam.

Society thought that the government considered the enemy weak, and because of this found its task easy. According to the public, this is what prompted the government to decide to send troops, regardless of how significant - or not - the causes of the war were in the eyes of society. This is not about our situation - this is about the entry of American troops into Vietnam
- explained the brigade commander.

Khodakovsky clarified that this is described in the book of the American scientist Robert Jervis “Perception and Misperception in International Politics” (Center for Analysis of Strategies and of technologies” completed the translation and editing of the book in the summer of 2022), which was presented to him by a member of the public council under the Ministry of Defense of the Russian Federation Ruslan Pukhov.

The brigade commander pointed out, referring to the work of Jervis, that as soon as information was leaked from the US Department of Defense regarding preparations for the transfer of troops, the American public came to a certain collective conclusion. It was sure that the US government had weighed everything, soberly assessing the possibilities and difficulties of the campaign. After a while, American society began to think: if the country's leadership understood everything, then what significance should the real circumstances in international relations be in order to make such a difficult decision and take on its implementation.

By all indications, our society also has reason to believe that the task seemed easy, and this was the reason for choosing this method of solving it. But I am both afraid and want to know someday as a result of some kind of leak that our government was aware of the possible consequences, but the reasons left him no choice. And these reasons are not even as important as the understanding that the lack of readiness for the operation and the need to swing along the way are not a consequence of incompetence, but a consequence of lack of time.
- summed up the brigade commander.

We remind you that the conflict in Vietnam, Laos and Cambodia lasted from November 1, 1955 until the fall of Saigon on April 30, 1975. Before the start of the conflict, the United States took over the financial and military support of the South Vietnamese state. By 1959, there were already about 1 American soldiers there. In 1964, US President John F. Kennedy sent over 20 more troops there. Direct US involvement ended in 1973. The conflict ended with the fact that all three new states that emerged on the site of Indochina (a French colony) joined the socialist camp by 1975. It was a crushing defeat for the West.
Reporterin Yandex News
Reporterin Yandex Zen
7 comments
Information
Dear reader, to leave comments on the publication, you must sign in.