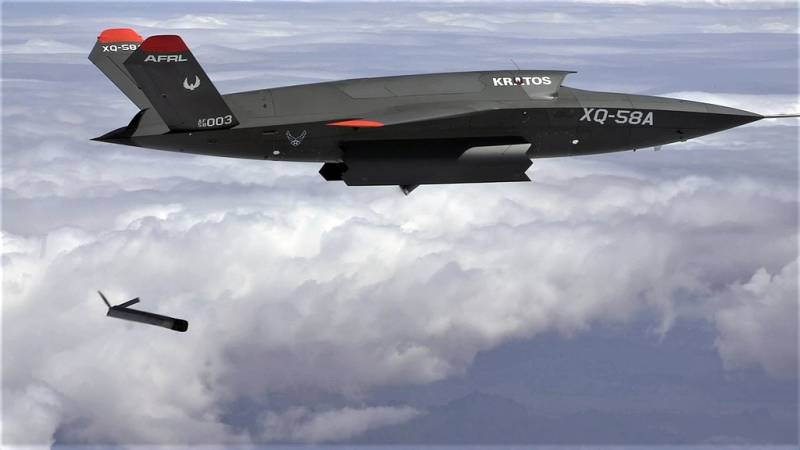 At the end of October this year, the Pentagon announced the withdrawal of obsolete F-15 fighters from the Kadena military base in Japanese Okinawa. These aircraft will be replaced by attack drones.


The main combat unit on Kadena will be the new experimental XQ-58A Valkyrie UAVs. The drone is equipped with a small turbojet rocket engine, providing a range of more than 2000 km. The range of weapons includes guided air-to-air and air-to-ground missiles. According to the test results at the Pentagon, it is assumed that the Valkyrie is capable of engaging in combat with manned fighters.

The increasing combat effectiveness of the Chinese air force has threatened the security of the main US base in the region. An operational replacement of the F-15 with fifth-generation fighters is not yet possible, since the United States does not have a sufficient number of new aircraft. At the same time, according to the Pentagon leadership, it is necessary to continue to provide military assistance to Taiwan and South Korea and maintain a balance of power in the region.

The location of the Kadena base on Okinawa is strategically beneficial for the United States, as it allows maneuvers to be carried out in close proximity to Taiwan. But at the same time, it is within the reach of Chinese cruise and ballistic missiles. This forces the leadership of the Pentagon to speed up work on re-equipping the base. But apart from drones, the Pentagon has nothing to place on Okinawa yet.
Reporterin Yandex News
Reporterin Yandex Zen
2 comments
Information
Dear reader, to leave comments on the publication, you must sign in.