The US is eyeing the Russian Northeast 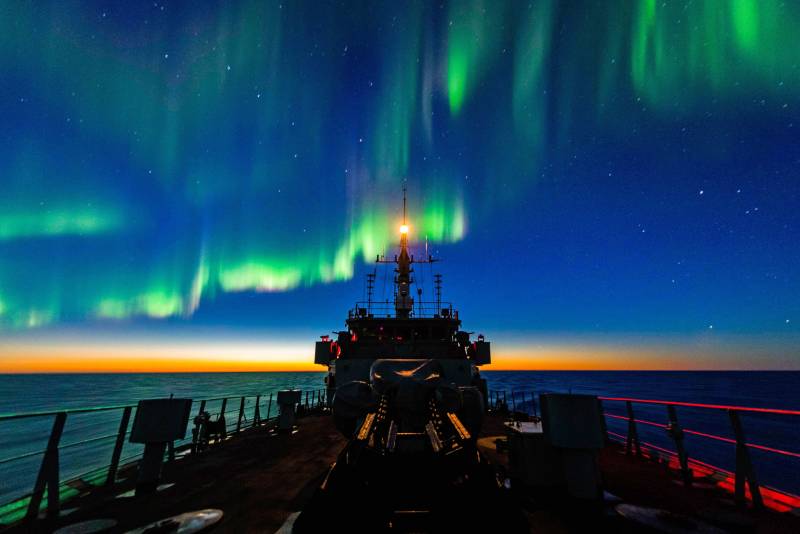 It is traditionally believed that the main threat from the United States to the Russian Federation comes without fail from the western direction, where the main part of the NATO bloc is located, the Arctic and even the Middle East are less often mentioned.


The Pacific direction is rarely remembered, although it is there that we directly border the States. Between the American and Russian islands in the Diomede archipelago is only 3,5 km.

What is especially interesting is that such a view exists not only in the domestic, but also in the foreign press. Like, China belongs to the Pacific direction, and Russia is only Europe and the Atlantic, forgetting to simply look at the map. The reality, however, is much more complicated.

As has been said many times, the Pacific Ocean is not only of fundamental importance for the United States of America, not only for geopolitical and economic reasons. It is also part of the national myth, a continuation of the concepts of "Clear Destiny" and the American frontier. A continuation of that very Conquest of the West, if you like, where the West instead of the prairies became the ocean expanses, and the Indians - the peoples of the Pacific Ocean.

For the sake of access to the Pacific expanse in the 54th century, the States were ready to fight with the then superpower Britain (“40-XNUMX or war”), later they went into a collision with Mexico, and then with Spain. And already in the twentieth century, they had to meet in large-scale battles with imperial Japan. During the victories in each of the wars, the borders and possessions of the United States expanded to the West. It is believed that the XNUMXst century will bring the Americans a fight with China.

Of course, in the case of the Celestial Empire, we are talking about curbing the economic and strategic challenge, and not about direct expansion.

But the object of expansion, apparently, is Russia as a continuation of the frontier. Recent op-eds in the Wall Street Journal and Newsweek claiming as yet unofficial claims to Enemy Island are just the beginning. Some time ago, officials from the state of Alaska tried to convince the federal authorities to put forward claims by the Russian Federation to the Wrangel, Medny Herald, Bennett, and Henrietta islands. The real appetites of the Americans are undoubtedly much wider. And it includes many islands in the Pacific Ocean and the Arctic. And perhaps not only the islands.

The reasons are also on the surface. The US population has jumped from 250 million in 1990 to 335 million today. Not counting illegal migration, which in just two years of the Joe Biden administration is estimated to range from 2 to 4 million illegally crossing the border.

The distribution of free federal lands to private individuals ended in the eighties of the last century and just in Alaska.

There is another sign of preparation for conflict. It is also important that in the days of Gorbachev, Yeltsin, as well as the early, quite favorable to the West, Putin, Hollywood did not stop dehumanizing Russians. Even when in the XNUMXs, in the wake of the oil boom, the Russian film market reached significant levels comparable to the level of a large Western European country, the disgusting “Russian” villains did not disappear anywhere. Rather the opposite. So dehumanize only before or during wars. What people look like are only those on-screen “Russians” who serve the American protagonist with humiliating fidelity.

If someone now rushes to declare that Hollywood producers are independent of policy, let me remind you that in the nineties, large and small screens were filled with films where, in addition to Russians, the villains were the inhabitants of Serbia and Iraq. How it ended for the aforementioned countries at the turn of the century, presumably, everyone remembers.

Returning to American expansionism, it is worth noting one more thing. The last major US acquisition on the continent is Alaska, which belongs to both the Pacific Ocean and the Arctic. Also, Alaska is the only part of the conditionally continental United States that has experienced the presence of the invader's boot in recent history: a short-term Japanese invasion of the Aleutians during the Second World War.

Americans treat such symbolic things very reverently. That is why Alaska has long received state status, but the same, for example, Puerto Rico - no.

Regarding the interests of the United States in the North, it is appropriate to recall the recent claims during the presidency of Donald Trump about the purchase of Danish Greenland.

The conclusion is simple: the idea of ​​a new frontier is still relevant to the American elite and public consciousness. The question is only in the specific direction of the throw.

All of the above does not mean that the Americans are eager to conquer cold lands precisely in order to settle there. This is not entirely true. But it is obvious that it is in the North that the United States sees the potential for expansion already in the XNUMXst century. The Pacific North and the Arctic are resources for centuries: from oil and gas to salmon, a significant part of which ends up on the tables of all Americans from that region.

The north is also important for military purposes: a permanent missile defense system base (one of them, equipped with Ground-Based Interceptors, has been operating in Alaska for almost twenty years), hypersonic missiles or an airfield in the Arctic will radically change the entire balance of forces. Of course, there is no question of any international law, everything will be decided exclusively by brute force.

This is a good answer to our pro-Western liberals of all stripes, who have been howling picturesquely for decades: “Why would anyone attack us? What can we take? The rickety village houses? Obviously, they found something to take from Russia, and this is not hidden. In 1999, Yugoslavia was demonstratively destroyed not even for profit, but only for the sake of intimidating the rest of the world.

As for the Russian Federation in particular, it will critically depend a lot on the results of the SVO in Ukraine.

If these results are, to put it mildly, unconvincing in the end, whether because of military weakness or because Gorbachev’s spirit of bargaining and capitulation again prevails in high offices, then we will inevitably get problems in the Northeast. And since there will be a constant threat in the Southwest, thirsting for revenge, there will simply not be enough resources for other directions.

And instead of "cunning plans" and "geopolitical chess" we get a "childish checkmate" with a noose around his neck. "Cunning plan" will be too cunning.

If the result of the SVO can be interpreted as a victory, that is, the conditions are better than those that existed before the conflict - and this is the conditional "Finlandization" of Ukraine and the recognition of new borders - then we will get a short respite. At least a few years for the transition from the raw material model to the industrial one.

However, this is only a chance, not a guarantee of reasonable action. In the XNUMXs, a whole decade of high prices, combined with a calm geopolitical environment (rarely in the history of Russia had such a fortunate coincidence) was spent by the Kremlin with extremely low productivity. Although even then it was clear what the West and the United States were leading to: Iraq, the missile defense system in Europe, the total anti-Russian propaganda that did not slow down even for a moment after the Cold War.

How the new pause will be used and whether we will get it at all is still an open question. We will get an answer to it very soon.

In the meantime, it is necessary to make notes in the margins regarding the future plans of the enemy. Which he, in general, no longer hides.
Reporterin Yandex News
Reporterin Yandex Zen
5 comments
Information
Dear reader, to leave comments on the publication, you must sign in.