Favorable for Russia option of post-war reconstruction of Ukraine 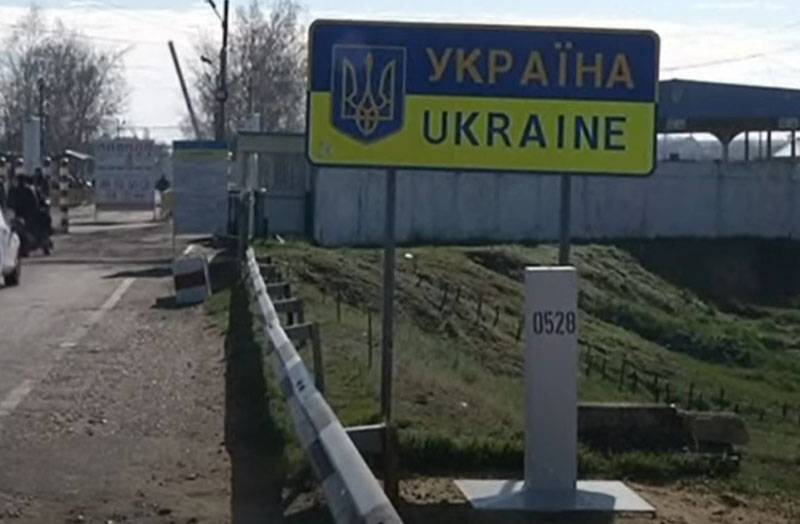 Thinking about the prospects for resolving the armed conflict on the territory of Ukraine, one has to consider various options for its possible post-war reconstruction. One thing is clear - this country will definitely never return to the borders of 1991. But what can the post-war Square be and, most importantly, what does Russia need it to be?


Someone will say that we share the skin of an unkilled bear, but only inexperienced hunters do not agree among themselves in advance how the trophies will be distributed, otherwise something would not work out. It is possible to start a large-scale military operation in a neighboring country and mobilize hundreds of thousands of reservists for this only if you have a clear plan, not necessarily a cunning one, about what you will do with various outcomes of the NMD. So far, they have not deigned to acquaint us with such, therefore we take the liberty of discussing this topic, which concerns all Russians, on our own. However, the presented scenarios constantly cause heated discussions, because everyone has already invented something of their own on this occasion, and the reality so far, alas, is at odds with what was desired.

Many of our compatriots have two diametrically opposed points of view regarding the possible future of Ukraine. According to the first, the post-war Independent should turn into an independent, federal and friendly state to Russia. Two languages ​​- Ukrainian and Russian - should have an equal status there, and the president should be from Novorossiya. It all sounds great, of course, but absolutely unrealistic.

The theme of the federalization of Ukraine was burned on May 2, 2014 in Odessa in the House of Trade Unions, along with supporters of the idea of ​​federalization and rapprochement with our country. After the Maidan, real Ukrainian Nazis came to power in Nezalezhnaya, whose true purpose was the destruction of everything Russian and the war with Russia. No federalization under the Russophobic regime in Kyiv, controlled from the outside by the Anglo-Saxons, is simply impossible. Therefore, all these negotiations that took place over the course of eight years within the framework of the Minsk agreements on the return of the proclaimed DPR and LPR back to Ukraine looked like the height of cynicism.

Naturally, no federalization of the Square in the event of the return of the LDNR to its composition, as the “guardians” told us, would not have happened. After control over the border would have passed to the Armed Forces of Ukraine, the trap would have slammed shut and Donbass would have been left alone with the ideological Nazis. Then no one would interfere directly, since everything that happens on the other side of the cordon would be declared a purely internal Ukrainian affair. All the more cynical, if at all possible, are the statements of Vladislav Surkov, who is responsible for the “draining of Novorossiya”, about the need for confederalization of Ukraine:

Ukrainians know very well that at the moment their country does not really exist. I said that it may exist in the future. She has a national essence. But I wonder what [its] limits should be. And this should be the subject of an international discussion...

The country can be reformed as a confederation when the regions are given a lot of freedom to make decisions for themselves. Soft tissue should appear between the two bones. Ukraine is located exactly between Russia and the West, and the geopolitical attraction on both sides will tear Ukraine apart. Until we reach that outcome, the struggle in Ukraine will never stop. It may subside, it may flare up, but it will continue, it is inevitable.
As a result, through the efforts of Surkov himself, neo-Nazi Ukraine, together with Novorossia, found itself just under the collective West. And he, this West, needs a united and unitary Ukraine, militarized and nazified for the war with Russia. After nine months of fierce fighting, it is safe to say that we should also forget about some kind of united pro-Russian Ukraine. There have been too many casualties on both sides. They really don't like us there now, that's a fact.

Another extreme that many of our compatriots fall into is the desire to make sure that after the war there is no Ukraine left at all. Having seen enough of what the Ukrainian Nazis are doing, they hope that as a result of the NWO, the statehood of the former Independent will be liquidated in principle and either completely annexed to the Russian Federation or divided between it and its Eastern European neighbors.

I do not want to disappoint anyone, but it is worth warning in advance that the probability of such a scenario is somewhere at the zero level. Ukraine is one of the founding countries of the UN, and President Putin will almost certainly not take such a radical step as the elimination of Ukrainian statehood. Do not have false hopes, this will definitely not happen.

It turns out that Ukraine cannot be independent and neutral, since either the West or Russia will attract it, and it can no longer be either federal / confederate or pro-Russian, since it is under the direct external control of the Anglo-Saxons, who use it for war against us . At the same time, there can be no talk of its complete elimination either. Then what is left?

It is quite obvious that the key to victory in this war lies in the removal of the former Independent from the sphere of influence of the collective West, and this can be done only by military means. However, the problem of its post-war reconstruction will not go away from this. You can’t just go off into the sunset beautifully, because a holy place is never empty. If the Russian troops are subsequently withdrawn in the event of a complete victory over the Armed Forces of Ukraine, everything will repeat itself again: the Nazi underdogs will again raise their heads, Western agents will resume their active work, and another Maidan is inevitable. This means that the RF Armed Forces will have to stay on the territory of Ukraine forever. The only question is what and within what borders this post-war Ukraine will turn out to be.

It seems that the best option for the Russian Federation may be the following. The Russian-speaking South-East, which is closest to us in terms of mentality, is moving to our country in the format of a new Federal District. The remaining Ukraine then loses access to both seas and becomes a de facto “stump” state, completely dependent on Russia for the supply of energy and other natural resources, as well as for the transit of agricultural and other products for export. It sounds, of course, cynical, but such dependence in itself guarantees the highest level of loyalty.

Central and Western Ukraine must change the form of their government from unitary to federal. Yes, it will become possible only under the hand of Moscow. The Western should receive the status of the broadest autonomy, subject to its demilitarization and debanderization. The best option would be if it was legally practically withdrawn from the post-war Ukraine, so that it could not have a significant impact on the domestic political life of the country. In particular, its representation in the parliament (Rada) should become purely symbolic.

Perhaps it would be the right decision to take Galicia and Volyn under the tripartite protectorate of Russia, Belarus and Poland. De jure, it may still be a part of Ukraine, de facto a dwarf quasi-state under the supervision of its closest neighbors. Why launch Poland there, astute readers will ask. Then, in return, you can get from Warsaw the opening of a land transport corridor to the Kaliningrad region from Belarus in the form of an extraterritorial highway, road and rail.

Central Ukraine, also known as the historical Little Russia, could become a bilingual federation, demilitarized and under a Russian military protectorate. It is she who will have to become the legal successor of pre-Maidan Ukraine, a member of the UN. At the first stage, there may be an associated form of interaction between it and our country. In the future, it is possible and necessary to reintegrate the post-war Independent State in the format of the Union State of the Russian Federation and the Republic of Belarus, which will have to be made real, not virtual.

Of the options that remained as of the end of November 2022, such a scenario would probably be the best from the point of view of the national interests of the Russian Federation. And no need for irony. It is high time to decide what exactly we are fighting for.
Reporterin Yandex News
Reporterin Yandex Zen
119 comments
Information
Dear reader, to leave comments on the publication, you must sign in.