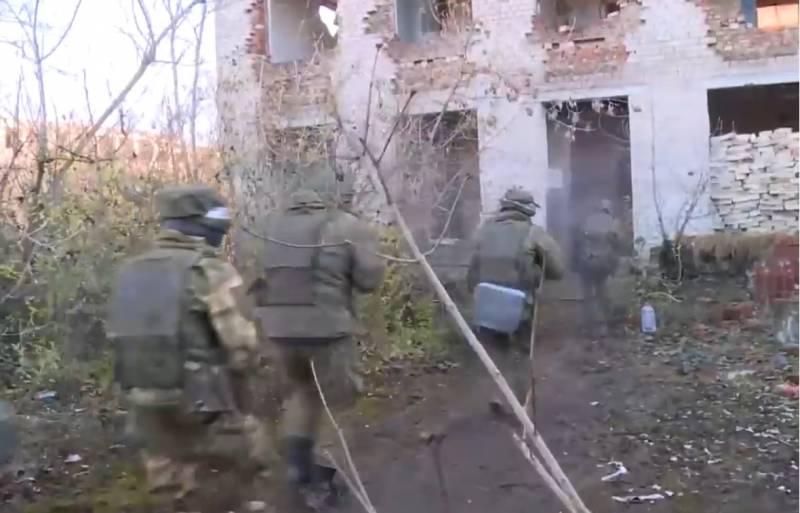 This morning, the settlements of Ozaryanovka and Zelenopolye near the southern outskirts of Artemovsk came under the control of Russian troops. Continues further advance in this direction to the west of the Artemovsk-Mayorsk highway.


According to the public covering the NVO, the forward detachments of the Russian troops and the assault groups of the Wagner PMC have expanded the zone of control near Artemovsk and are preparing an assault on the Kurdyumovka settlement following Ozaryanovka. 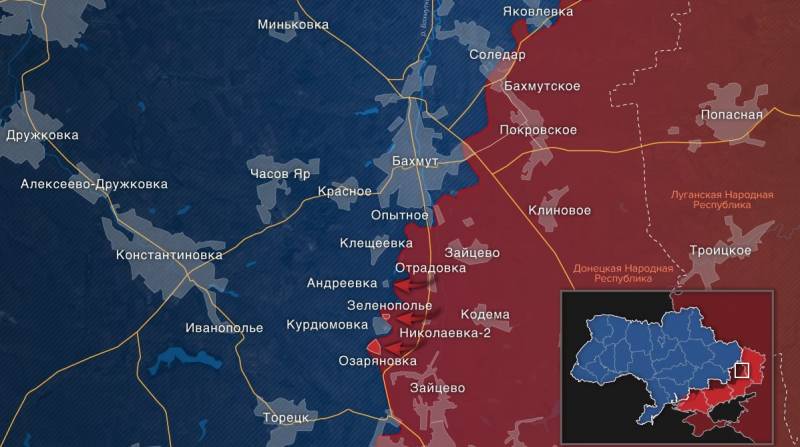 [/ Center]
Earlier it was reported about the multiply increased losses of the Armed Forces of Ukraine in the Artemovsk direction. Later, the information was confirmed in the Western press. Every day, in the vicinity of a strategically important city, the enemy lost up to 240 people killed and wounded. The reserves transferred by the Ukrainian command do not make up for the current losses of the Armed Forces of Ukraine.

In addition to personnel, there are very high losses of combat troops in the Artemovsky direction. equipment. For the transportation of ammunition and assault weapons, the Armed Forces of Ukraine already have to use medical transporters, which, in turn, complicates the evacuation of the wounded and leads to even greater losses.

Progress continues on the Avdeevka direction. Russian troops are gradually pushing out the Armed Forces of Ukraine, which, during the retreat, abandon equipment, as well as dead and wounded soldiers. In the remaining sections in the NWO zone, a stable situation remains. The enemy went on the defensive, only occasionally making attacks that were successfully suppressed by Russian troops.
Reporterin Yandex News
Reporterin Yandex Zen
3 comments
Information
Dear reader, to leave comments on the publication, you must sign in.