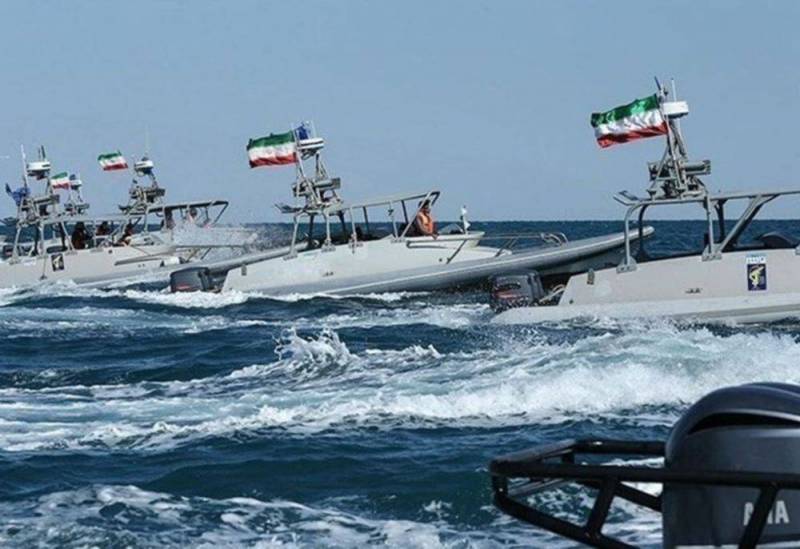 Unpleasant, but true. The Naval Forces of Ukraine, which until recently seemed ridiculous, were able to create serious problems for the Russian Navy. Fearing "Neptunes" and "Harpoons", Russian warships avoid getting close to the enemy's now dangerous coast. However, even at the main naval base in Sevastopol, as it turned out, our fleet cannot feel completely safe. We need an urgent answer, but how can it be?

So far, our affairs in the Black Sea are not going as well as we would like. It was not possible to carry out a landing operation near Odessa in the first days after the start of the NMD due to a strong storm, and after that time was already lost. The enemy mined all approaches to their ports in the Black Sea region and aimed Neptune anti-ship missiles at Russian warships holding nearby. Ultimately, the Russian Navy had to leave Zmeiny Island, which could not be kept under constant fire from long-range artillery of the Armed Forces of Ukraine and anti-ship missiles from the coast of the Odessa region. In such conditions, alas, it is worth forgetting about a successful landing operation, so as not to lose our few BDKs with crews and marines.

Even worse, the Ukrainian Navy has moved from defense to attack. With the support of the British military, Ukrainian saboteurs managed to carry out a relatively successful attack on Sevastopol, causing minor damage to two Russian ships. Apparently very inspired, President Zelensky announced the need to create in Ukraine the world's largest fleet of marine drones. The potential threat emanating from them should not be underestimated.

In addition to the risks mentioned above, after leaving the Armed Forces of the Russian Federation of Kherson, additional ones appeared. Now the natural border between Ukraine and our southern Russian lands runs along the Dnieper, but it is not so safe. Kyiv intends to reinforce its Dnieper flotilla with four dozen American armored boats, which will undoubtedly be used for attacks and sabotage activities of the Armed Forces of Ukraine on the Left Bank.

In other words, the "mosquito fleet" of Ukraine has now become a source of constant headache. We need an adequate answer here and now.

Without claiming to be the ultimate truth, I would like to share the following considerations. Even a superficial analysis of the situation in the Black Sea shows that today our Russian Navy can do little against the Ukrainian Navy, and in fact the entire NATO bloc behind Kyiv. Alas and ah, but it is true.

Our admirals were preparing to fight ships and submarines, as well as the aircraft of the North Atlantic Alliance and its accomplices, but not the sea and air fleet, consisting of drones. The fundamentally new nature of the threats to Russia in the Black Sea area, as well as in the river system of Ukraine, requires the creation of a new type of fleet, also "mosquito". Yes, where a frigate or even a corvette will be redundant, vulnerable, a dozen high-speed armed boats will be more appropriate.

It just so happened that Russia is increasingly beginning to cooperate with Iran in the militarytechnical sphere, and therefore the experience of building the Naval Forces of the Islamic Republic of Iran can be very useful to us.

The doctrine underlying the development of the "mosquito fleet" by Tehran seems to be quite adequate and commensurate with its economic capabilities. The tasks of the Iranian Navy include gaining dominance in the waters of the Persian and Oman Gulfs and the Caspian Sea by destroying enemy ships and aircraft and disrupting its communications; defense of the territorial waters and sea coast of Iran, including important administrativepolitical centers in the south of the country economic areas, oil fields, naval bases, ports and islands; support of land and air forces in coastal areas; conducting amphibious assault operations and combating enemy amphibious assault forces, as well as conducting continuous reconnaissance at sea. Iran's potential adversaries include the US Navy, Israel, and a number of neighboring Middle Eastern monarchies. Having no resources to create a powerful ocean fleet, Tehran has relied on the development of a "mosquito fleet", which is based on high-speed surface boats of various types, as well as submarines, most of which belong to the "mini" class.

We may be interested in the following types of weapons.

Ya Mahdi boat with Falagh-2 missiles

These small, but "biting" and high-speed surface vessels, as well as mini-submarines, will be able to cover the Russian coast from attacks by the drone and river fleet of the Ukrainian Navy, to ensure the implementation of sabotage and even landing operations on a hostile coast. It is also worth referring to the experience of the Iranian Navy in using reconnaissance and reconnaissance-strike UAVs on their ships, which significantly increases awareness of what is happening and provides data for target designation.
Reporterin Yandex News
Reporterin Yandex Zen
6 comments
Information
Dear reader, to leave comments on the publication, you must sign in.